The spokesperson of the House, Ben Kalu, Henry Achibong and others were left stranded at the Aminu Kano International Airport, Kano while on a committee assignment. 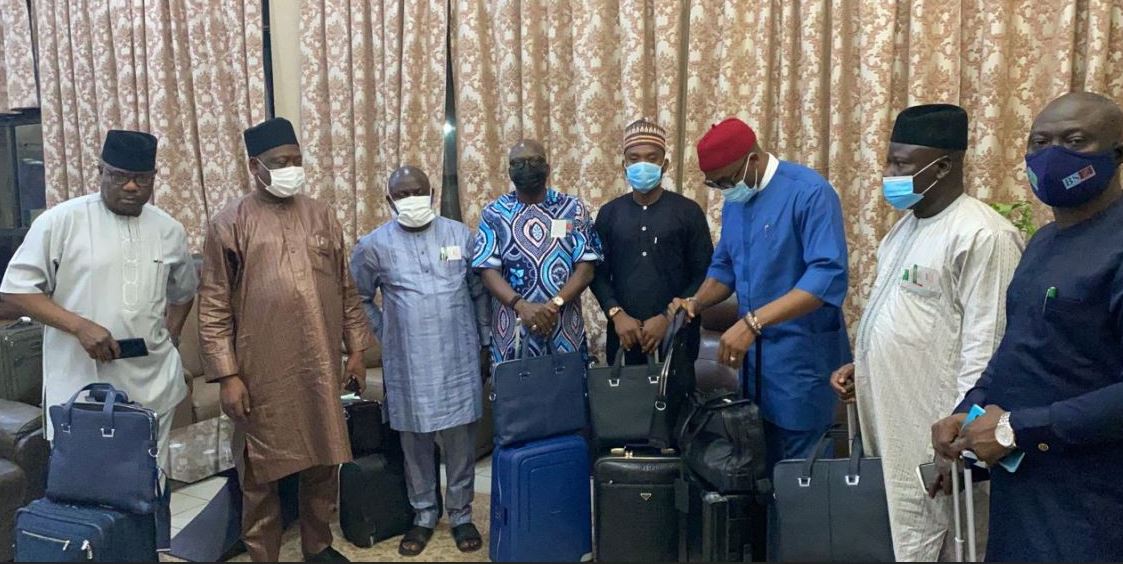 There was tension at the Aminu Kano International Airport on Wednesday, September 22,as some members of the House of Representatives were stranded after officials of Azman Airline rescheduled their flights four times.

The spokesperson of the House, Ben Kalu (APC, Abia), Rotimi Agunsoye (APC, Lagos), Henry Achibong (PDP, Akwa-Ibom) and others were left stranded at the Aminu Kano International Airport, Kano while on a committee assignment.

The lawmakers were to board the airline for an official assignment with the Committee on Petroleum Upstream and Petroleum Technology Development Fund (PTDF) but waited for hours for a flight that was earlier scheduled to take off at 12:30 p.m. thereafter shifted to 2:30 p.m., 6 p.m., 9:45 p.m. and finally to 12:15 a.m.

Mr Kalu, the House spokesperson, while speaking to journalists at the airport, expressed his anger at the attitude of the airline officials.

“It is important the people we represent know where we are and the National Assembly knows we are still stranded here. And as we speak to you, nobody is at the counter to address us, not even the manager.

In the hall, a lot of Nigerians are left stranded. There are other Nigerians who are stranded and we are witnessing this firsthand and we are feeling it. Some of the citizens abandoned here.

We are raising this call for common Nigerians. Sometimes, when citizens bring their complaints before us, it feels as if they fabricated it but this one we are involved and we are seeing this for ourselves.”he said

Kalu said that the lawmakers will raise the matter with the Ministry of Aviation and Consumer Protection Council.

“We don’t know when we are leaving here and we have shown interest to find out from the Ministry of Aviation and Consumer Protection Council what is happening to the Aviation sector as soon as we return,” he said.

There have been several complaints among Nigerians over flight delays and outright cancellations without prior notice or explanation. In July, the Minister of Aviation, Hadi Sirika, announced that airlines should reimburse passengers their flight fares if there's still a delay after two hours.

Despite the stiff penalty, Nigerians continue to experience flight delays.