Oyuka said though he was grateful that his family had accepted him back but disappointed that his wives did not wait for him. 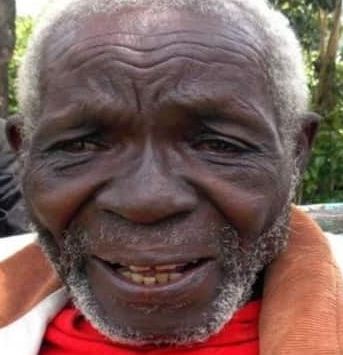 A 84-year-old Kenyan man, Peter Oyuka has expressed disappointment after he returned home after 47 years and discovered that his two wives have moved on with their lives.

According to The Standard, the octogenarian had walked out of his Makale village in Malava, Kakamega county in 1974 at aged 37.

He told his people that he was going in search of greener pastures because he needed to take care of two wives and five children, although details of where he was headed and his expected return date were scanty.

Oyuka visited Kakamega in 1983, 1992 and 1996, but never set foot in his home despite being in close proximity to the family. After waiting for many years, his wives moved on and remarried.

On Tuesday, September 21, Oyuka returned to his village where only a few individuals could recognise him.

One of his daughters-in-law was said to have almost raised alarm over fears that he was a stranger who had trespassed into the compound.

In line with the Luhyia customs, a white goat was sacrificed to pacify the ancestors before the prodigal son was allowed back into the house.

The returnee was informed that the wives he left behind had long remarried and put memories of him behind them.

Speaking with journalists after returning home, Oyuka said though he was grateful that his family had accepted him back, he whe was disappointed that his wives did not wait for him.

“I wish my wives were here today to welcome me home,” he said.

"I wish my two wives well in their marriages. However, I’d like them to know that I’m still alive and that they should create time and visit me'', he added.

It was gathered that while he was away from home, he ended up in neighbouring Tanzania where he spent 13 years.

He not only met and fell in love with a Tanzanian woman but also sired a child with her.

When his stay in the country ended and he returned to Kenya, communication between the two collapsed.

“My Tanzanian lover stopped communicating with me, and is yet to allow me to meet our son,” he revealed.

Oyuka's return to the home he abandoned started courtesy of a Facebook post in which a Good Samaritan shared details about the old man and asked for leads to his family.

As luck would have it, his 53-year-old son Aggrey Osanji, whom he abandoned at aged six, saw the post and initiated contact, after which he was brought back home.

Oyuka also revealed that his health has been failing and the money he once made from onion farming has been spent on medication, that is why he was desperate to find his way back home.