Speaking during a live TV event, Duplantis said donating will speed up the process of Jesus’ second coming. 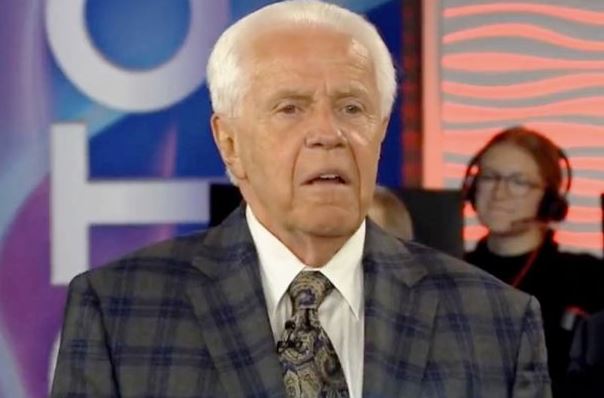 A preacher from the Christian Evangelical Charismatic tradition based in New Orleans,  Jesse Duplantis has stated that Jesus is yet to come because people have not donated the way God asked them to.

Speaking during a live TV event “Victorython” on Victory Channel, Duplantis said understanding this and donating will speed up the process of Jesus’ second coming.

He also bragged about being a multi-millionaire and owning a private plane. Duplantis said;

“I honestly believe this – the reason why Jesus hasn’t come is that people are not giving the way God told them to give.

“When you understand this, you can speed up the time.

“I really believe this, if people would call this number and put this victory all over the world, every available voice, every available outlet, God the Father would say, ‘Jesus, go get ’em.’ Because, you see, he wants to see us as much as we want to see him. … And so what is hindering all these things is because people are not doing in the financial realm — because we’re living in an economic world — what God’s called them to do.

His claim has triggered mixed reactions as many are accusing him of “using the name of God to make money off of poor people, ignorant people, elderly people.”