According to a statement issued by the council boss, the curfew will begin at 6 pm in the evening and end at 6 am in the morning. 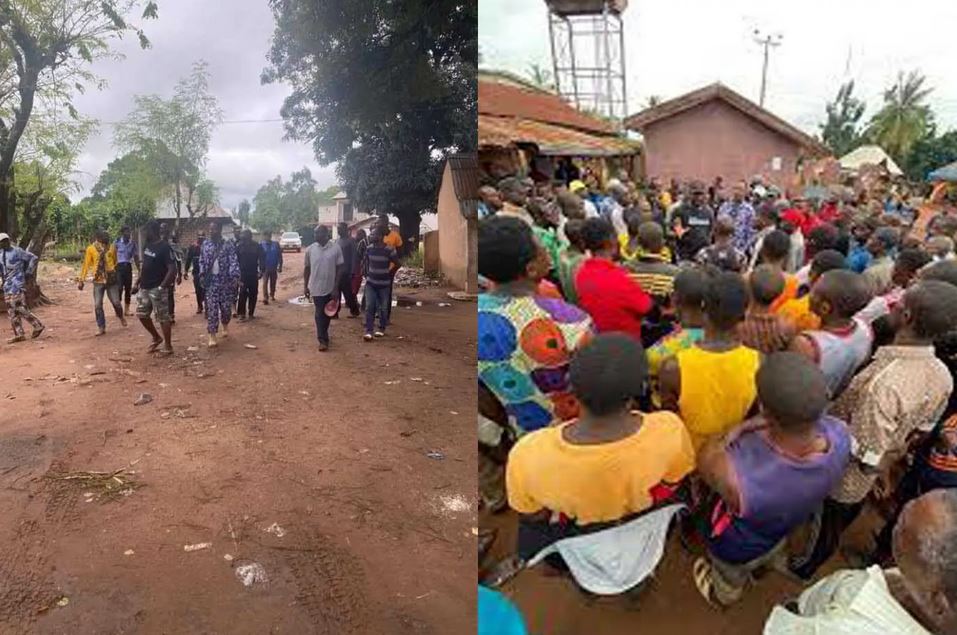 Hon. James Oche, The Executive Chairman of Ado Local Government of Benue State has imposed a curfew on the local government following the incessant killings by bandits in Apa-Agila District of the council.

According to a statement issued on Saturday by the council boss, the curfew will begin 6pm in the evening and end 6am in the morning.

“Person housing people not known to communities in question must account for them when need be and all those whose premises are used for illegal and inordinate assembly shall be arrested/prosecuted in accordance with the relevant state laws on criminality.

“Other prescriptions including but not limited to ban on all gatherings without permission, immigrants into Apa Ward to report themselves to the Ward Head would be enforced stricto senso. The security agencies have all been briefed on this,” the statement read in part.

Reacting to the security situation in the council, Chief Philip Agbese, a house of Representative aspirant from the area and a UK-trained lawyer-cum-journalist, who said he had a chat with the local government Chairman on Saturday evening, confirmed that “some hoodlums and bandits recently relocated from their place of abode to Apa-Agila with the clear intention of destabilizing” the town.

The human rights activist implored the Chairman to invite the Department of State Security (DSS) to “immediately investigate and arrest the hoodlums and their sponsors” whom he said are hiding in Abuja.

According to Agbese, “The so-called warriors must be removed from Apa city without any waste of time. There is no war in Apa city and the influx of questionable gun-bearing men to settle in Apa must be investigated and stopped immediately.

“If these criminals fully backed by some highly placed individuals in Abuja fail to instigate the needed crisis that will bring about war amongst us, I have been reliably informed that they will go further to embark on indiscriminate killing of innocent people to bring about war between us and Ezza, Eha, Igumale and Fulani people just to satisfy their evil thirst for blood in the land.

“Our peaceful co-existence as a people must not be decided by charlatans whose only occupation is to trigger trouble in the land and in turn request us to fund them to keep peace in the land. But we must tell them that we are wiser than them at this point.

“I therefore enjoin all well meaning sons and daughters of Agilaland to come out to condemn in totality the unwarranted provocation, oppression, stigmatization and harassment of others by these misguided elements. Their sponsors are at the moment enjoying the peaceful serenity of Abuja, Lagos, Makurdi etc whilst instigating their collaborators at home to destabilize the community.

“Let me add that I am not against anyone approaching legitimate authorities to address any perceived injustice done to them by anyone. However, using Apa as a base to perpetuate their self-serving agenda at this point is nothing but terrorism and not far from the activities of the Unknown Gun Men in the South-East who understand a certain kind of language that is spoken only by Mr. President and our security agencies.

“The sponsors of these idiots have no single thing attached to their names or father’s names anywhere in Agila.

“I have been told that speaking the truth will cost me all the votes in 2023 as an aspirant and I am so prepared to lose all the votes for peace to reign. Nevertheless, I am confident about dragging the biggest sponsor before the International Criminal Court at The Hague.

“We say no to violence and enough is enough NOW!”