He appeared before the Lagos State Special Offences Court today (Tuesday) over allegations of sexual molestation levelled against him. 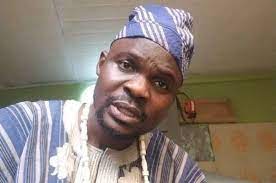 Baba Ijesha
Popular Nigerian actor, Olanrewaju Omiyinka aka Baba Ijesha has appeared in court again.
He appeared before the Lagos State Special Offences Court today (Tuesday) over allegations of sexual molestation levelled against him.
The hearing of the counts levelled against the actor which was fixed for Monday, September 27 was shifted to Tuesday, September 28.
The state government had stated in a message forwarded to newsmen, “Consequent upon the Legal year activities taking place on Monday 27th of September, 2021 fixed earlier for the continuation of hearing in the case of State Of Lagos Vs Olanrewaju James, the case would now hold on the following day which is Tuesday 28/9/21 for the continuation of hearing.”
The last hearing did not hold on August 11 due to the absence of the judge.
It was gathered that the presiding judge, Justice Oluwatoyin Taiwo, joined other judges to observe a long vacation which was expected to end in the third week of September.
Baba Ijesha has been in the news in recent times over a child molestation case filed against him since April 2021 and was remanded in detention following his arrest on April 22.
Justice Taiwo, on June 24th, granted the actor bail in the sum of N2million and two sureties: a lawyer and a family relation.
The judge had ordered that the bail conditions must be granted within seven days while declaring that the next sittings will be on July 26, 27 and 28.
He was charged with six-count charges of sexual assault by penetration, indecent treatment of a child, and sexual assault, which contravene sections 259, 135, and 261 of the Criminal Law of Lagos State 2011, as well as 135, 263, and 262 Criminal Law of Lagos State 2015.
Top Stories