Oh No! Couple Found Dead In Their Apartment In Osun


It was disclosed that the couple died in their home from the fume of a generator. 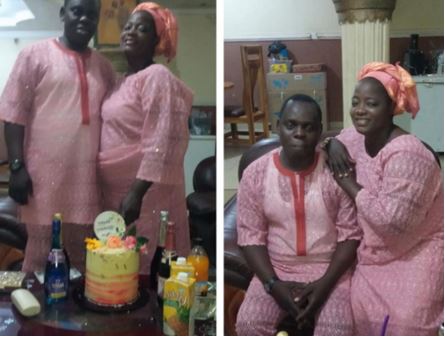 A couple, Olasunkanmi and Fisayo Eso were found dead by their neighbours in their apartment in Ilesha.

Residents of Ireti Ayo Area, Ilesha, had said the couple were found dead on Friday.

A resident, who preferred not to be named, urged the police to release the report of the autopsy conducted on the deceased so that the cause would be known.

The resident said the incident caused panic in the area, adding that the police had taken the corpses away.

The spokesperson for the Osun State Police Command, Yemisi Opalola, said the command was still expecting the report of the autopsy.

Opalola, however, said fumes from the generator used by the couple was suspected as the cause of the death.

“The command is still waiting for the autopsy report from the hospital to ascertain the actual cause of their death please.

But fumes from a generator supplying power to the apartment occupied by the deceased is strongly suspected,” Opalola said. 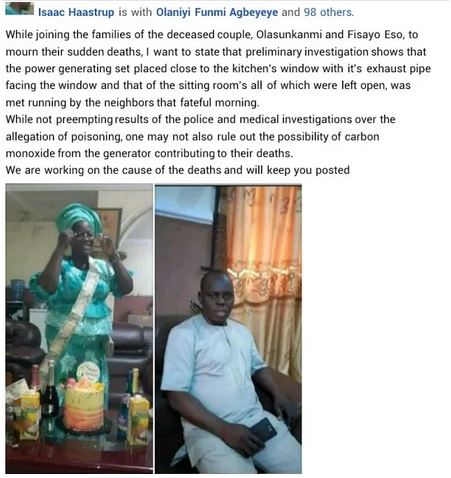