The 42-year-old suspect allegedly collected N34m from some jobseekers, who were issued with fake appointment letters. 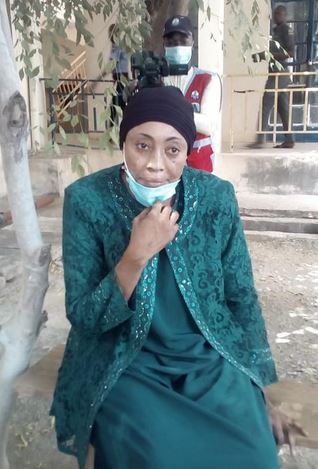 A dismissed officer of the Nigerian Immigration Service(NIS), Hajara Iyehh Egbunu, has been arrested by the police for allegedly defrauding job seekers.

Spokesperson of the command, SP Isah Gambo, who disclosed this on Wednesday, October 6, while parading the suspect at the police headquarters in Katsina, said Egbunu specialises in defrauding unsuspecting job seekers by selling fake employment/appointment letters.

The PPRO said the 42-year-old suspect collected N34m from some jobseekers, who were issued with fake appointment letters.

"On 04/10/2021 at about 1520hrs, based on credible intelligence, the Command succeeded in arresting one Ibrahim Lawal El-Maki, ‘M’, aged 45yrs of Rafin Dadi Quarters, now residing at Gwarinpa Quarters, Abuja who conspired with one Hajarat Iyeh Egbunu, ‘F’, aged 42yrs of Kubwa, Abuja, an indigene of Kogi state, a dismissed Nigerian Immigration Service officer, a notorious fraudster who has been on the wanted list of security agencies for various offences relating to fraud," Gambo stated.

"The fact of the case was that on 15/10/2020, the suspect Ibrahim Lawal El-Maki, approached one Aminu Hamza, ‘M’, aged 32yrs of GRA, Katsina state with a proposal for a job vacancy at Economic Community of West African States (ECOWAS), Headquarters, Abuja, with a salary of more than three million Naira (N3,000,000:00K)

"He also informed him that each offer is sold at three million and five hundred thousand (N3,500,000:00K). The said Aminu Hamza informed his friends of this lucrative offer, they picked interest and gathered the sum of seven million Naira (Seven Million Naira) which they transferred to Ibrahim El-Maki’s account

"Subsequently, the suspect, Ibrahim Lawal ElMaki sent copies of the appointment letters to him through WhatsApp which were later traced to be fake. In the course of investigation, Ibrahim Lawal Elmaki was traced and arrested

"He confessed to have collected the said money and gave it to one Hajarat Iyeh Egbunu, ‘F’, in good faith with intent of assisting his friends to get ECOWAS’ juicy appointments. Elmaki cooperated and assisted the police in their investigation which led to the arrest of the principal suspect Hajarat Iye Egbunu, who confessed to have received the sum of thirty-four million, eight hundred thousand naira (N34, 800, 000:00K) from Ibrahim Lawal Elmaki through her bank accounts

"But Elmaki stated that she collected the sum of forty-seven million, three hundred and fifty thousand (N47,350,000:00K) from him. It may interest you to know that other unsuspecting members of the public defrauded by the suspect through the same modus operandi by Hajarat Iye Egbunu are still trooping to the Command Headquarters to lodge their complaints. Investigation is ongoing." 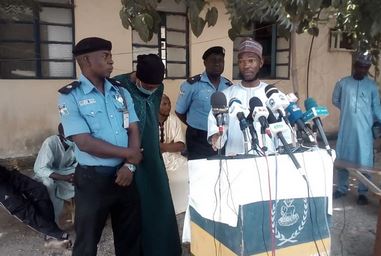 Woman Accused Of Killing Man Who Refused To Kiss Her