It was gathered that the over-speeding truck reportedly hit the moving train, leading to the truck driver sustaining injury. 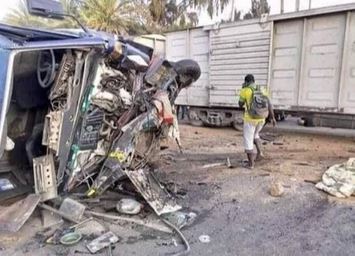 A moving train and an over-speeding tipper truck conveying sand collided in Kano State leaving the driver with bruises.

It was gathered that the over-speeding truck reportedly hit the moving train around 6:00am, leading to the truck driver sustaining injury.

Speaking to Daily Trust, an eye witness, Sama’ila Umar, said there was no casualty in the accident, except for the injured driver and a car that was destroyed by the train.

"The moving train, carrying passengers was blaring its horn so loud. When I heard it, I came out and we stopped the vehicles from crossing the rail line. Some of them stopped, while others crossed so fast. The Tipper was over-speeding, so it couldn’t stop, it came and hit the train and somersaulted by the roadside," he narrated.

"The driver was bleeding from the nose as he was the only one in the vehicle. He was not seriously injured, just the bleeding on his face, but the Tipper got really damaged as the result of the collision,” Umar added.

It was learnt that the collision necessitated the blockage of the road for some hours and commuters had to use other alternative routes before operatives of the Federal Roads Safety Corps (FRSC) evacuated the train coaches.

The FRSC Sector Commander in Kano, Mato Zubairu said the accident was as a result of reckless driving and over-speeding.

"When we received the news of the accident, our operatives went there and blocked the road, until we used our crane to evacuate the tipper and the train coaches. There was no casualty except for the loss of property as the vehicle was completely damaged. But the tipper driver is hale and hearty," Zubairu said.

"It is unfortunate that the driver is just 20 years old, obviously his tender age could have contributed to the problem. Somebody of his age is not even supposed to be driving that kind of vehicle,” the Sector Commander added.

He then cautioned parents to be careful with giving their underage children vehicles to drivers. 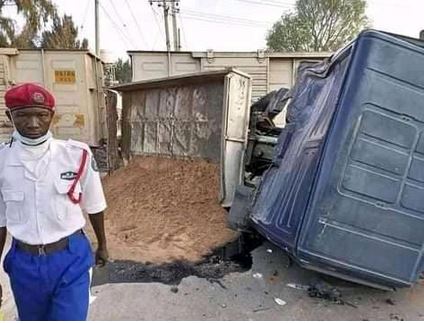 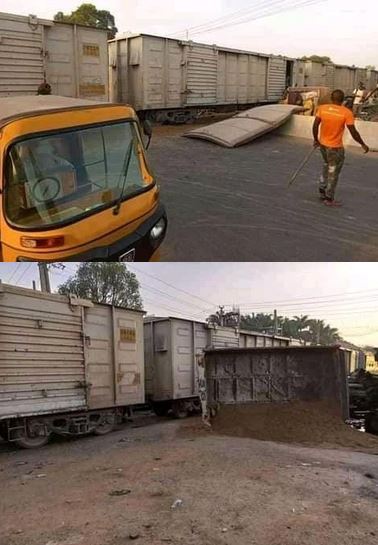 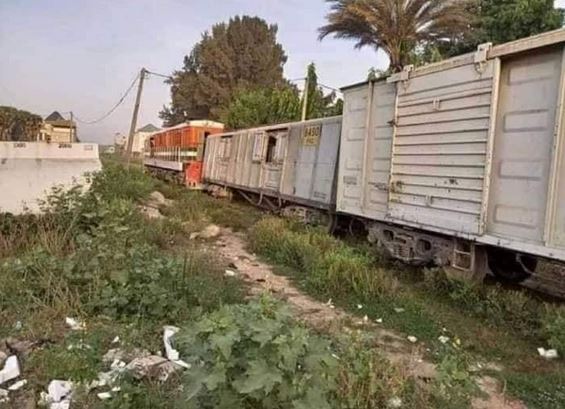