In a chat with Saturday Beats, a United Kingdom-based actress, Victoria Inyama warned lovers to be careful about who they entrust their sex tapes or videos with. 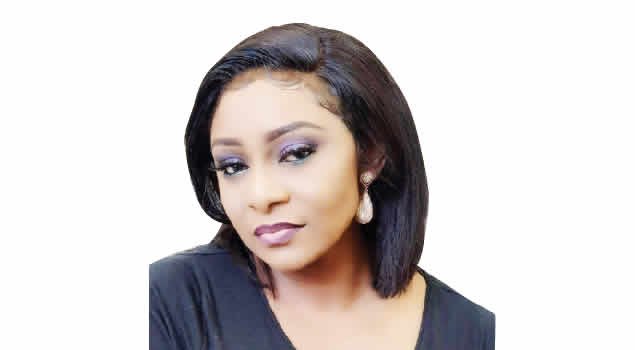 It will be recalled that some days ago, the s*x tape of popular Nigerian music star, Tiwa Savage, made the rounds on social media platforms so much that commentators from all works of life had a field day reviewing the short clip.

Although the songstress had spoken about the sex tape before it was released into the public domain, many were still aghast at the short clip. Recall that Savage had also revealed that she would not be blackmailed into paying money to shut the blackmailer up adding that she was simply “doing something natural” with her boyfriend.

The Afrobeats queen also revealed that the video was not from her team. Rather, she said it was accidentally posted on Snapchat by her lover who deleted it immediately when he realised the error. Sadly, it was too late.

In a chat with Saturday Beats, a United Kingdom-based actress, Victoria Inyama warned lovers to be careful about who they entrust their sex tapes or videos with.

“I’ll just advise that when experimenting on this adventure, people should bear in mind that there are some dos and don’ts concenring it. For example, don’t mix sex filming and alcohol. Secondly, ensure it is with someone you trust to keep the footage private at all times. Also draw an agreement that under no circumstances will the footage be exposed or better still, ensure that it is deleted. If it gets exposed, it becomes a crime. Celebrities are humans and they are adults and there’s no rules to love and relationships.”

When asked if victims or parties should not be criticised or judged harshly, especially if they are public figures, she added, “It is really a complicated matter, For ordinary couples, I would not be too bothered. But for celebrities, in my opinion, l will be wondering if it’s a cry for help? It could be an exhibitionist (which a lot of them are these days). Fact is that sex is a normal psychological function and human behaviour regardless of how acceptable or unacceptable it may be depends on our various cultural norms.  I feel that as long as the activity is consensual and does not cause any distress or impairment it’s their business.  Exposing the footage is a different story.”