The F1 driver was unrecognisable in his elaborate latex mask which he wore to prank school pupils into thinking he was an ageing Mercedes employee. 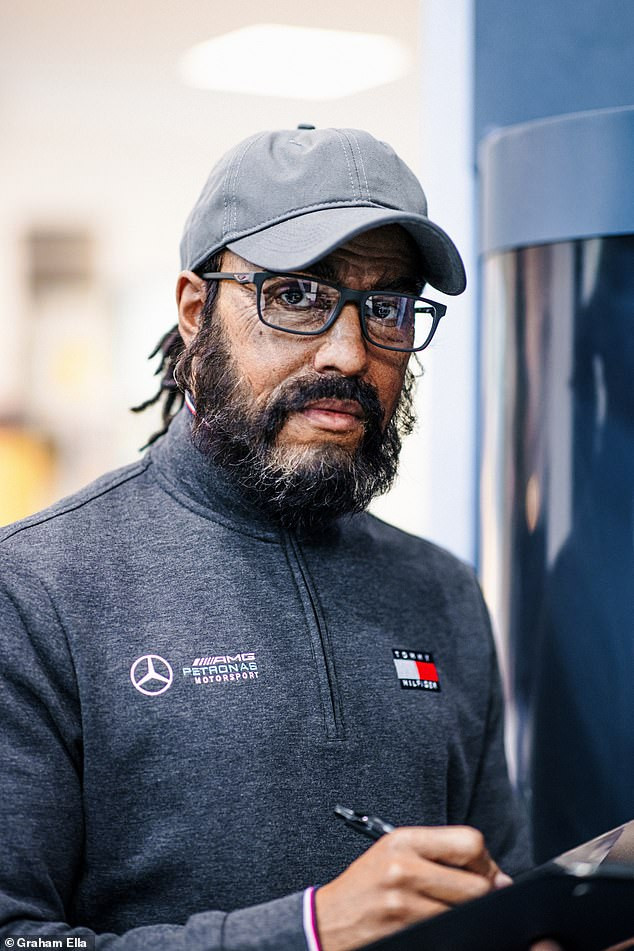 With a greying beard and wrinkles, this makeover was very different from Lewis Hamilton’s usual stylish fashion shoots.

The F1 driver was unrecognisable in his elaborate latex mask which he wore to prank school pupils into thinking he was an ageing Mercedes employee.

The 36-year-old surprised the primary school pupils – all aspiring engineers – on a visit to the F1 Mercedes HQ in Brackley, Northamptonshire. 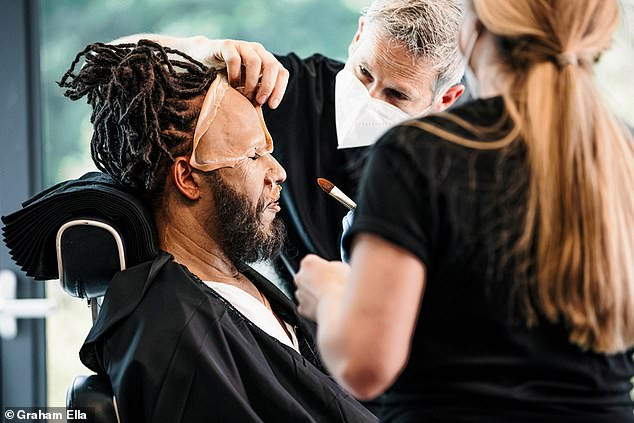 Pointing to his car, he said: ‘This Lewis’s car. Nobody touches this car.’

Then the seven-time world champion pulled off his disguise to the shock and delight of the pupils, and told them: ‘Well, you know, the reason I’m allowed to touch that is because I’m Lewis.’

Hamilton launched the Mission 44 foundation this year and pledged £20million to the charity which aims to empower young people from under-represented groups as part of his ambition to increase diversity in motorsports. 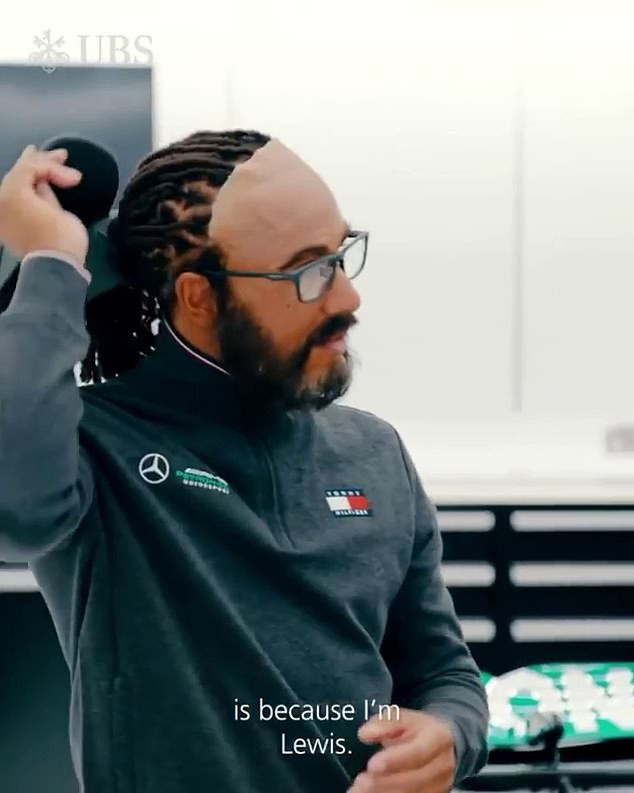 The racing superstar, who dated Pussycat Dolls singer Nicole Scherzinger until 2015, sat down with the children afterwards and stressed the importance of a positive mental attitude.

He told them: ‘Education, I know, is key for every child’.

‘There are a lot of youngsters who don’t realise that being an engineer, for example, is an avenue that they can go down,’ he added. 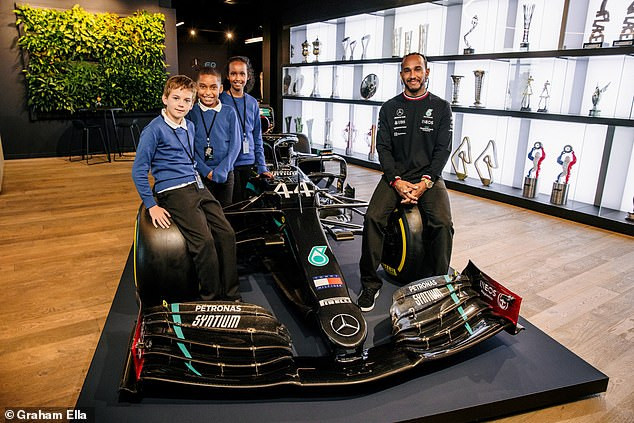