Several posters were positioned in strategic locations and carried the inscription; ‘Osinbajo For All, 2023. 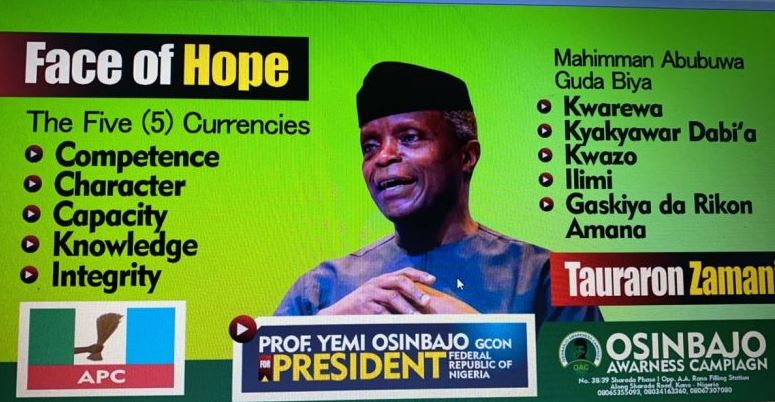 The 2023 Presidential campaign posters of Vice-President, Yemi Osinbajo has been spotted in Makurdi, the Benue state capital.

Several posters which were positioned in strategic locations carried the inscription; ‘Osinbajo For All, 2023’ courtesy of the Osibanjo Volunteers Group (OVG) Màkurdi branch.

However, the Benue State coordinator of the group, Ahule John Iorhemba and the state secretary, Joe Akpode, disclosed that neither the vice president nor any of his relations or staff had any hand in how the organization was formed or is being run as it is wholly a volunteer group.

“However, whether Prof. Osinbajo has shown interest to run for 2023 Presidency or not, the Osinbanjo For All Volunteer Group remains firmly committed to its stance because he has all it takes to move Nigeria in its place when given the opportunity.

“Osinbajo For Volunteer Group (OVG) is one of the major supporting groups rooting for possible emergence of Vice President Yemi Osinbajo as the flag bearer of the All Progressives Congress (APC) ahead the 2023 election and has restated its commitment to the course.

“Our group which has membership across various geo-political zones both young and old, is committed to ensure that Osinbajo emerges the APC flag bearer for the 2023 general election and is also elected as the president.

“Let it be on record that Prof Yemi Osinbajo didn’t mandate us to do this. He didn’t authorize us to mobilise for him. We are young and old men and women who strongly believe in his capacity. It is in him we think we can entrust our future. So, not withstanding his stand for now, in respect to 2023, we shall continue to promote him, we shall continue to let the world know those qualities we have seen in him that have attracted us.'' 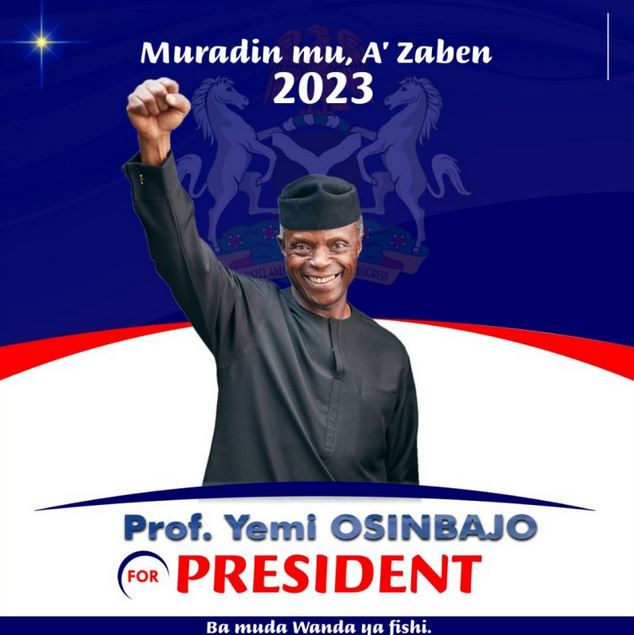