Nigerian Man And His Girlfriend Arrested For Cybercrime In India


The duo were arrested in connection with a Rs 2 lakh (N82,350,000) cyber fraud case lodged at the Williamnagar police station in East Garo Hills district. 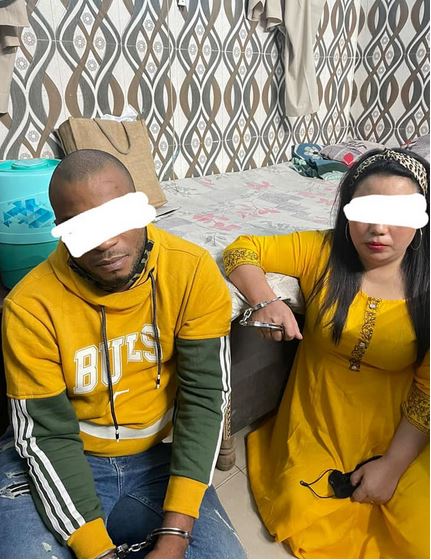 The police have apprehended a 44-year-old Nigerian national, Felix Jideofor Mmadubueze and his girlfriend for their alleged involvement in cybercrime in Meghalaya, India.

A team of police from the East Garo Hills district arrested Madubueze and Khegholi Awomi, 37, from Delhi’s Tilak Nagar area with the help of Delhi Police on Sunday, October 31

According to a statement issued by the police, the duo were arrested in connection with a Rs 2 lakh (N82,350,000) cyber fraud case lodged at the Williamnagar police station in East Garo Hills district.

"In a major break through East garo hills police team apprehended one Nigerian national and Naga woman from Delhi. The two indivuals were involved in a Cyber crime / fraud case. An FIR was lodged by a young girl from williamnagar who was cheated and threatened by Felix (Nigerian) and case registered at Williamnagar Police Station recently. An amount of Rs 2 lakh was involve in the fraud case." the statement read.

"A Nigerian by the name of Shri FELIX JIDEFOR (44) S/O MIMADUBUEZE OF ASABA NIGERIA was identified by East garo hills police and he was raided and apprehended from Tilak Tilaknagar Delhi with the help of Delhi Police today he was apprehended along with one Naga woman smt. KHEGHOLI AWOMI ( 37)"

"We had seized as many as 12 mobile devices and 23 ATM cards, 12 passbooks of different banks from their possesion. It is suspected that they may be involved in many other cases in other states, districts as well."

The accused were produced before the Tis Hazari Court in Delhi for transit remand.

They will be brought to Williamnagar for further investigation. 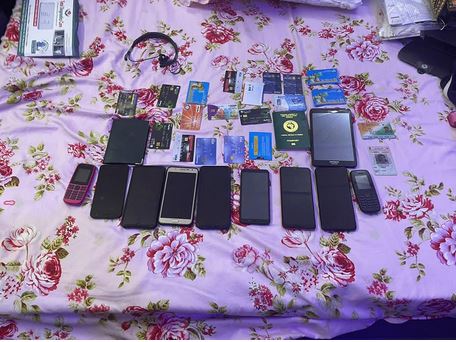 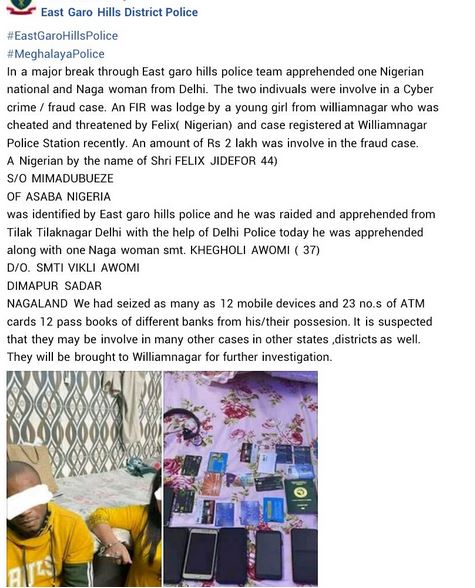