Ese accused the commissioner of taking side with the contractor who had before now called him “incompetent.” 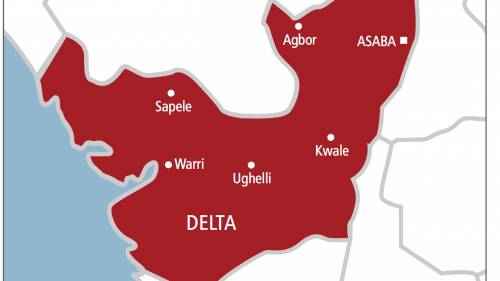 The many indigenes of Ikpide-Irri riverine community in the Isoko South Local Government Area of Delta State, have lambasted the state Commissioner for Works who is in charge of rural roads, Solomon Golley, describing him as a “pathological liar” who misleads the public, according to SaharaReporters.

The indigenes Of Ikpide-Irri, who had protested several times against the shoddy job being carried out by a marine services firm, Portplus limited, on the community's controversial N1.5billion road project, condemned the commissioner for exonerating the contractor.

Golley, was quoted in a recent media report, saying, “I did not at any time discuss with anyone that the Ikpide-Irri road was substandard or at any time condemn the road project. How could I in good conscience make statements that seem to implicate the government I am serving? I challenge anyone to release the transcript of our conversation where I condemned the project, if they have it. All they are saying is trash.

"I argued that the length of the drainage was not long enough and this is no fault of the contractor. I have written to them to see what we can all do to address it. The government will do their part and the contractor will equally do its part. Every other correction is minor which is normal with projects of this magnitude. No sane person can outrightly condemn this job as substandard.”

But reacting to the commissioner's media report, on behalf of the Concerned Indigenes Of Ikpide-Irri, Blessing Ese, a community leader, described the Golley, as a man of many words and insincerity.

Ese accused the commissioner of taking side with the contractor who had before now called him “incompetent.”

Ese said, "This was the same commissioner who requested that a meeting of Concerned Indigenes of Ikpide-Irri be called at his instance at Oleh but he never showed up. At a time when we were already seated and waiting for him, he called that his immediate sister was seriously sick and was rushed to the hospital.

“That the sister has cancer but will try to be personally present at the meeting to address issues arising from the substandard project, which he never did. After about two weeks, the commissioner in a phone conversation denied that he never said his sister was sick but his father.

"We are in possession of all the recorded audios of all conversations we had with the commissioner; so he cannot deny because if he does, then we will be forced to release them even where he disparaged the Economic and Financial Crimes Commission.”

According to Ese, "This time, let me quote the commissioner verbatim in his own direct words used in the recorded audio with us, which he has blatantly denied. He said and I quote.

“To me the drains are not enough, to make the road more solid there should be more side drains. As for the thickness of the road; let's rule it out, let's close our eyes to that area, let's let go of that area of the thickness. See the contractor as your brother who has done a mistake. The areas they did faulty jobs we are returning the contractor back to site. I am an apostle of peace, like in Oghara where I came from, you don't do a shabby job, I will kick against it,” the commissioner had said.

When contacted, the state commissioner for works in charge of rural roads, Solomon Golley, denied condemning the project, but however maintained that "I am only after the areas I saw have issues and as a result I have written for more drains to be added in the project. I am appealing that peace should be given a chance in the community."