Mr Bawa denied the claim during an interview, stating that he is not aware. 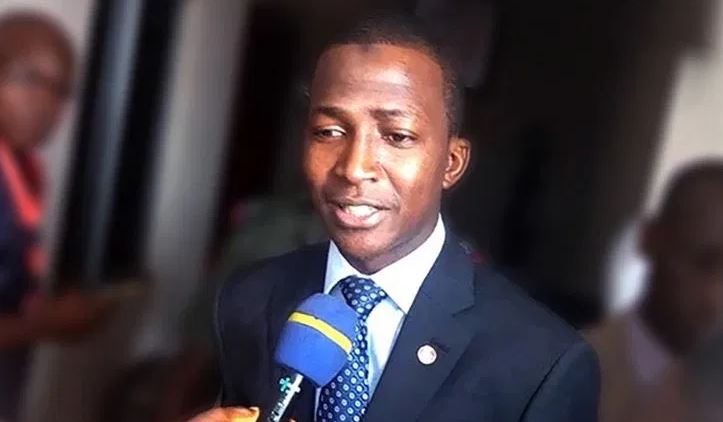 Abdulrasheed Bawa, the Chairman of the Economic and Financial Crimes Commission (EFCC) has refuted claims of the antigraft agency recovering a diamond bra from Diezani Alison-Madueke, a former petroleum minister.

Mr Bawa denied such claims during an interview on Wednesday on Your View, a programme on TVC.

The Federal Government had in October listed assets forfeited by Diezani, who is accused of laundering $2.5 billion, to include property located in Banana Island Foreshore Estate, Ikoyi, Lagos.

“You have accused us several times of media trial, but I think it’s good to be fair to everybody at all times. Justice is a two-way thing. There was nothing like diamond bra. It’s a creation of social media,” Bawa said.

“I can tell you that for free because I am the lead investigator on that. I’m not aware of it. If there is something on that, I should know because I led the search and all of that.

“And that is one of the things that I mentioned to you that the biggest problem that we have is our attitude. We need to change for the better.”

Diezani had fled the county shortly before former President Goodluck Jonathan handed over to President Muhammadu Buhari in 2015. Her extradition process has been stalled since then.