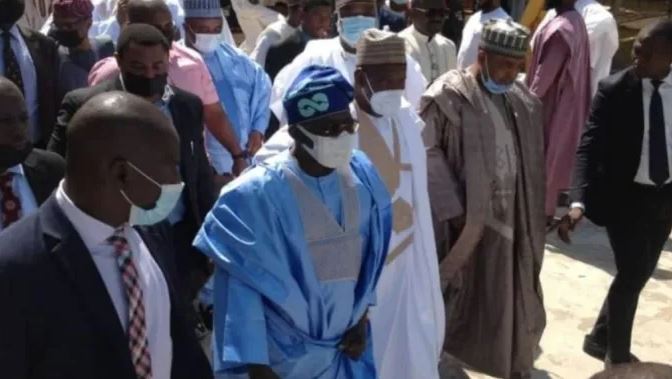 Bola Tinubu, the National leader of the All Progressives Congress (APC) paid a visit to Aliko Dangote in Kano to commiserate with him over the demise of his brother, Sani Dangote on Friday, November 19.

Sani died on Sunday, November 14 in the United States and was buried in Kano on Wednesday. He was the vice-chairman of Dangote Group.

Others who received the APC leader were state APC chairman, Abdullahi Abbas; and the secretary to the state government, Usman Alhaji.

The former Lagos State governor is quite popular in Kano. He celebrated his birthday in the ancient city in March.