The SARS officials were said to have forcefully taken the young man's phone and range rover car and drove it off to an unknown destination. 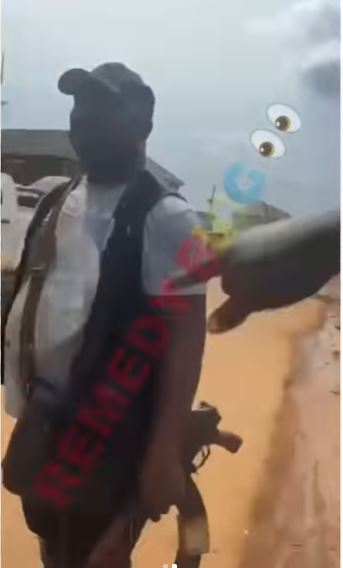 One of the SARS Operatives
Police officers suspected to be operatives of the disbanded Special Anti Robbery Squad (SARS) have been caught on tape assauting some young men  in Ugbiyoko, Benin city, Egor local government area of Edo state.
The young men were said to have been accosted by the officers for driving an expensive Range Rover SUV.
Following the incident, the SARS officials were said to have taken their victim's phone before driving away in his range rover car to an unknown destination.
The video shows the boy and his friends agitating against the officials as they ask why they took off his possessions with no reason at all as nothing incriminating was found on him.
The victim as being identified to be a student of the University of Benin.
Watch video:
Top Stories