The 58-year-old former reptile dealer, who made a brief appearance in the fourth episode of the first season killed himself after an argument. 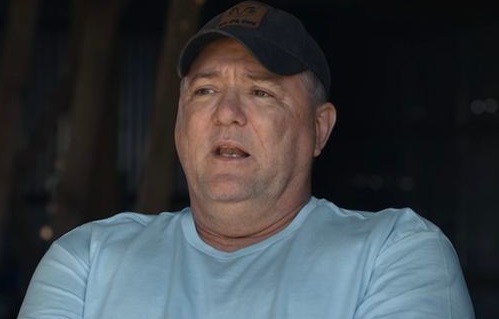 Jeff Johnson
A Hollywood actor, Jeff Johnson it has been revealed killed himself after an argument with his wife.
The Tiger King star, according to TMZ shot himself with a gun following a heated argument.
The 58-year-old former reptile dealer, made a brief appearance in the fourth episode of the first season of the Netflix.
TMZ reported that Johnson had an argument with his wife in their garage on September 8 before he brought a ‘Glock-style handgun up to his head’ and pulled the trigger.
The publication alleges Johnson’s spouse ‘called 911 for attempted suicide, and when officers arrived, they said he still had a pulse and was rushed to a hospital.
A source added, "Unfortunately, Johnson was pronounced dead upon arrival."
Jeff appeared briefly in Tiger King where he spoke about the infamous feud between Joe Exotic and Carole Baskin.
"Carole’s lawyers are vicious and they go after anybody involved,’ he told the camera. ‘So everybody that had been involved all got dragged into court."
Top Stories