One of the affected policemen, who showed a copy of the notice to quit, said families had been living in fear as the Monday ultimatum drew near. 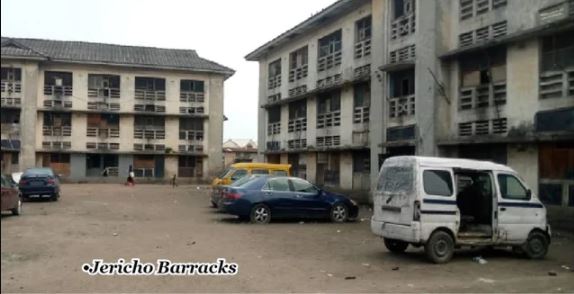 It has been revealed that as many as 200 families of serving and retired policemen living in five barracks under the Railway Police Command in Lagos are on the verge of being forcefully evicted from their apartments on Monday, according to The PUNCH.

City Round learnt that a notice to quit on the order of the Commissioner of Police, Railway Police Command, Oyediran Oyeyemi, had been served on the occupants of the barracks on October 29, 2021, directing them to vacate the place within a month or risk forceful eviction.

A copy of the notice, with Ref No: CH: 7970/RPH/PROV/VT/134, tagged ‘Final Quit Notice’ and signed by the Deputy Commissioner of Police, Department of Finance and Administration, Railway Police Command Headquarters, Lagos, DCP Lawal Ayodeji, was obtained by our correspondent.

It read, “It has come to the notice of the Commissioner of Police Railway Police Command Headquarters that despite the fact that you are not serving in Railway Police Command, you are occupying the apartments at Woodward, Jebba, Botanical Garden, Woodwish, (and) Jericho Railway Barracks, thereby depriving our personnel accommodation which mainly for Railway Command personnel (sic).

“Your continuous stay in the said barracks is highly illegal. You are therefore given up till 29/11/2021 to vacate the barracks or you will be forcefully ejected.”

It was learnt that the barracks located in Ijora, Ebute Meta and Ajegunle areas of the state comprise about six blocks and quarters. Each of the blocks houses 27 families with only a few policemen serving under the Railway Police Command resident in the barracks.

One of the affected policemen, who showed our correspondent a copy of the notice to quit, said families had been living in fear as the Monday ultimatum drew near.

He said, “About five barracks are under the Railway Command. Some of us have served at the command at some points while some never served there. But all of us got approval to live in the barracks from the Railway Police Command.

“Why is the CP threatening us with ejection? It is already causing a lot of tension and we can no longer concentrate on our work. How can we have peace at work if we don’t have a home? There must be peace within one before one can have peace at work.”

A cop, who spoke on condition of anonymity for fear of being victimised, decried the imminent eviction, alleging that it cost N350,000 to N400,000 in bribe to secure an accommodation at a barracks in Lagos at the moment.

He stated, “It is a secret arrangement. The money is illegal but one has to pay before one’s accommodation can be approved. Before now, the force deducted our lodging fee from our salary every month but since the IPPIS (Integrated Payroll and Personnel information system) started, the deduction has stopped because there was nothing to show for the remittances. Barracks were dilapidating; there was no maintenance.

“For now, the IPPIS is not removing the lodging fee which makes those in charge of barracks increase the illegal accommodation fee to N350,000/N400,000. The money is not official. Many policemen have paid and there are no apartments to give them.”

Another affected official resident at Jericho Barracks wondered why Railway Police Command was insisting on evicting them to accommodate cops attached to the command when they are all serving under the same Nigeria Police Force.

The resident said, “They have been bothering us with ejection while we are busy with our official duties. In other police barracks in Lagos, they don’t care about the section a policeman is attached to. Once you are a policeman, you are entitled to live in barracks. But the Railway Command, after collecting money and allocating apartments to policemen, will come later to say one is not serving at the command.

“The command has information about where the policemen are working before they allocated the house only to make a U-turn and said they are not serving at the Railway Command. Meanwhile, policemen from the Railway Command are living in other barracks and nobody is disturbing them.

“Fifty four families are living in Jericho Barracks alone. Out of the 54 families, about five policemen are from the Railway Police Command. The command does not recruit policemen separately. We are all under the Nigeria Police Force.”

One of the occupants of Woodward Barracks, who was also served the notice, said tension had gripped his wife and children, adding that they had nowhere to go.

The cops stated, “Some of us had served at the Railway command before we were transferred to the Lagos State Police Command. There are two blocks here. Jericho Barracks also has two blocks. Jebba and Botanical barracks have one block each while Woodwish has several quarters. There are 27 families in each block and about 200 families are affected.

“This issue came up in 2016. After a newspaper report, the command suspended action only to come up with the eviction threat again last month.”

When our correspondent contacted the CP on the phone on Thursday and Friday, and asked him if it was right to evict the policemen for not serving at the Railway Command, he kept saying, “hello, hello.” Subsequent calls to his line rang out and he had yet to reply to a text message sent to him as of press time.