Man Jailed for Stabbing His Girlfriend Who Ended Their Relationship After Winning £5.5million in Lottery (Photo)


A man who attacked his girlfriend for trying to end their relationship after she won lottery lands in trouble. 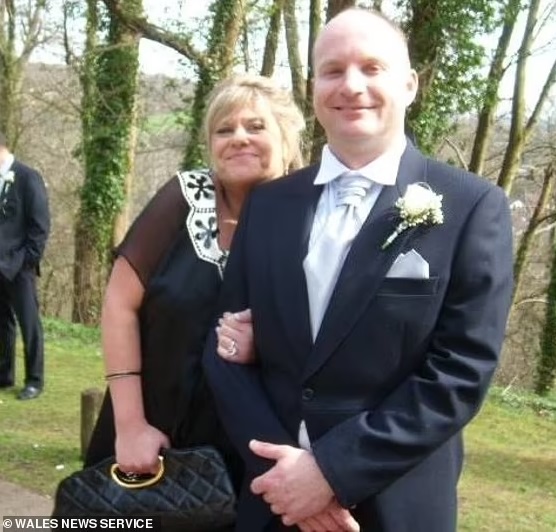 Gibbs and girlfriend
A court in the United Kingdom has found Stephen Gibbs guilty after stabbing his partner in the face.
Gibbs was jailed for 18 years.
He had stabbed his partner seven times in the face when she tried to end their relationship after her £5.5million lottery win.
Stephen Gibbs, 45, attacked Emma Brown, his girlfriend of 11 years, at the luxury home they shared in Lakeside in Barry, south Wales on January 30, 2021.
The couple’s relationship had deteriorated after she won a multimillion-pound sum on the National Lottery in 2017.
Winning made her financially independent of her partner. But Gibbs wouldn't let her fulfil her dream.
Flooring contractor Gibbs turned down Emma's dreams of travelling the world on her winnings and instead became possessive, controlling, and jealous.
Gibbs became increasingly paranoid and controlling of his partner, so he fitted a tracking device to her car. The device was only discovered after the attack.
He became suspicious that Emma was cheating on him with former school friend Scott McKenzie, a tenant in a property bought with her lottery winnings.
Gibbs accused her of seeing Mr Mackenzie, 48, behind his back and had threatened to "cut his throat".
He accused Emma of being with Mr McKenzie on January 30 after she called to see one of her cleaners to deliver a birthday card.
Emma denied the accusation and Gibbs became violent. He then grabbed her around the neck, slammed her against the wall, breaking her arm, before going to the kitchen to grab a nine-inch kitchen knife, which he stabbed her with multiple times.
The defendant initially denied attempted murder, but changed his plea to guilty on the first day of his trial in September.
Gibbs was previously jailed for six years for stabbing a former partner’s 11-year-old son six times with a kitchen knife.
At his sentencing hearing at Merthyr Tydfil Crown Court on Monday, Dec. 6, Prosecutor Ieuan Bennett said: "Gibbs became a changed person in 2017 when Ms Brown had the good fortune of winning the national lottery.
"It was a significant amount of money and meant she could become financially independent of the defendant.
"This altered the nature of the balance of their relationship and it caused arguments between the two of them."
Bennet said at the sentencing: "The victim started dating the defendant in 2010.
"The dynamics of the relationship changed permanently when in 2017 she had the good fortune of winning the National Lottery and in fact won a considerable amount of money."
Mr Bennett said: "It seems the defendant had more of an issue of her being in control of her own life."
He continued: "She had dreams of travelling the world but due to the fact the defendant didn’t like travelling abroad she never realised these dreams, and that must have caused some difficulties with their relationship."
Narrating what transpired on the day Gibbs accused Emma of visiting her former school friend Scott McKenzie, Mr Bennett said: "It was an innocent visit but when she got home Gibbs questioned her about where she had been.
"He was jealous and worried about her past and there was a mention of Macca, which was Mr McKenzie's nickname.
"He said: 'I don't believe you - you have been to see Macca'."
Then Emma told Gibbs she wanted to break off their relationship and he attacked her.
Mr Bennett said: "He told her he was going to cut his own throat and she was trying to stop him when he turned his anger on her, still holding the knife.
"She was on the patio outside and can remember thinking she was going to be killed as the knife went into one of her eyes.
"She told Gibbs: 'Tell my mother I love her', as he stabbed her in the face from close-up seven times. She thought they were going to be her dying words."
CCTV from Emma's property, played in court, showed a silhouette of Gibbs sitting astride his girlfriend with his arm going up and down as he stabbed her in the face and head.
After the stabbing, Gibbs fled in Emma's £80,000 Mercedes leaving his partner dying on the patio of their luxury £700,000 home bought with her winnings.
The court heard she only survived because neighbours heard groaning coming from the property and a faint call for help.
Gibbs was found later five miles away after taking a load of tablets in a bid to kill himself.
On Monday, Dec. 6, Gibbs showed no emotion as he was jailed for 13 years and given a five year extended sentence. He was also made the subject of a restraining order preventing him from contacting Emma indefinitely.
Top Stories

Photo Of Man Who Allegedly Stole Keke Napep And Sold It At N23,000 In Ogun
Recent Stories