Banky W who was legally joined by the Ikoyi marriage registry to his wife in 2017, took to Twitter to refer to her as a baby mama. 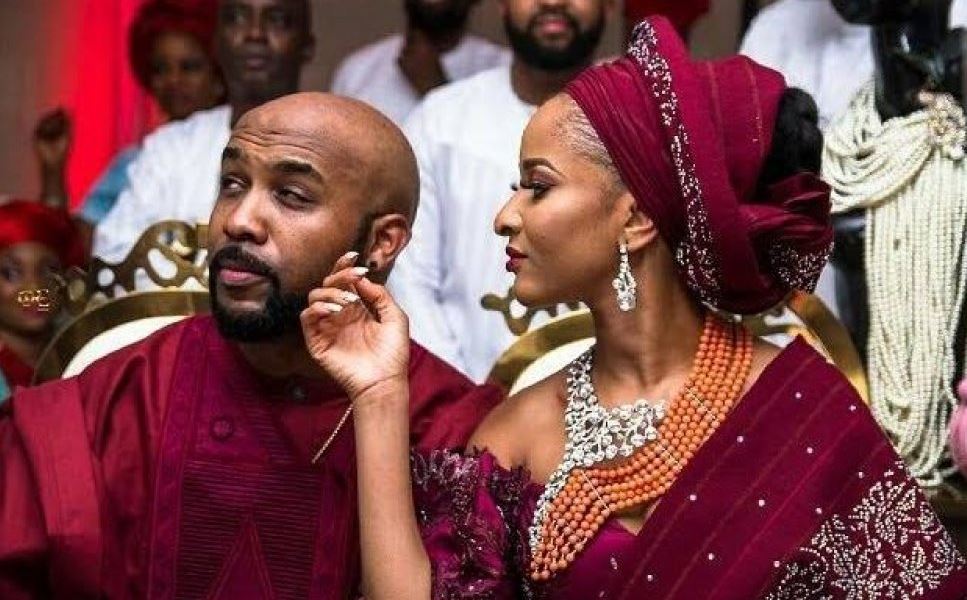 Nigerian singer, Banky W, has reacted after a High court declared marriages carried out at the Ikoyi Marriage Registry as illegal and invalid.

An ongoing legal dispute between the Local government Areas of Nigeria against the Federal government for the determination of who have the power to operate marriage registries, conduct marriages and issue marriage certificates.

Banky W who was legally joined by the Ikoyi marriage registry to the love of his life, Adesua Etomi, in 2017, took to Twitter to refer to his wife as baby mama. 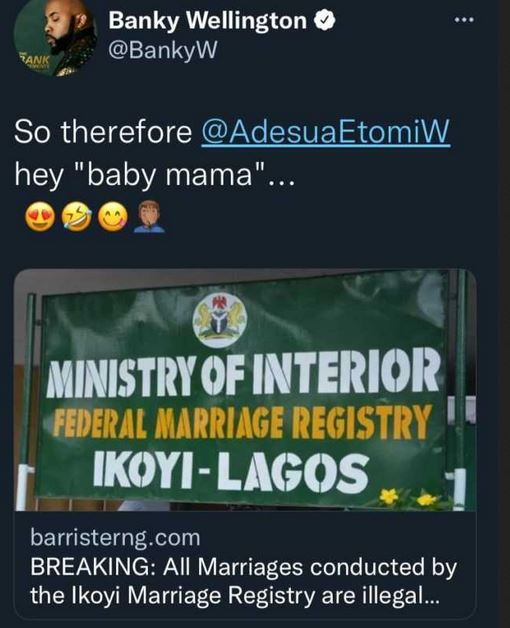