Some netizens recounted the time Michael punched the wall in the BBNaija house in a fit of emotions, claiming that if he doesn’t back off, his head would suffer the same fate as the wall. 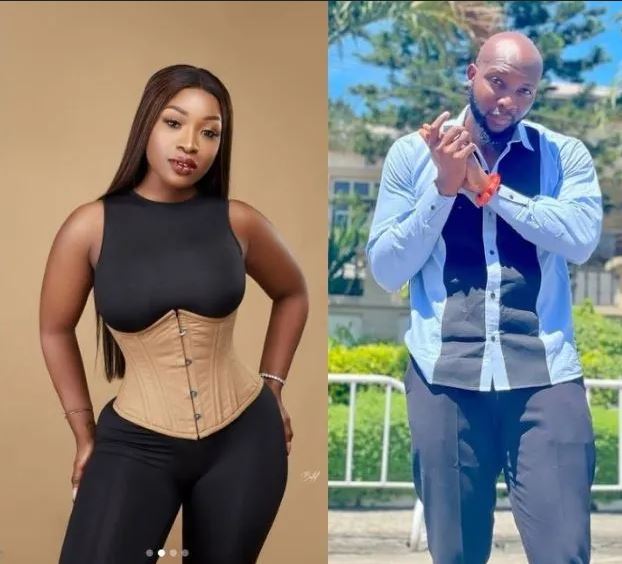 Ex-BBNaija housemate, Tuoyo Ideh, has been warned by social media users after indicating interest in his co-reality star, Jackie B who is reportedly in a relationship with Michael.

The fitness enthusiast gushed over the mother of one on his Instagram story, revealing that he finds her appealing.

In the post which he has now deleted, he wrote, “If I perish I perish.

Omo but Jackie B is starting to enter my eyes oooh. Her posts lately eh hmmmmm she’s hot, like a heateeeer.” 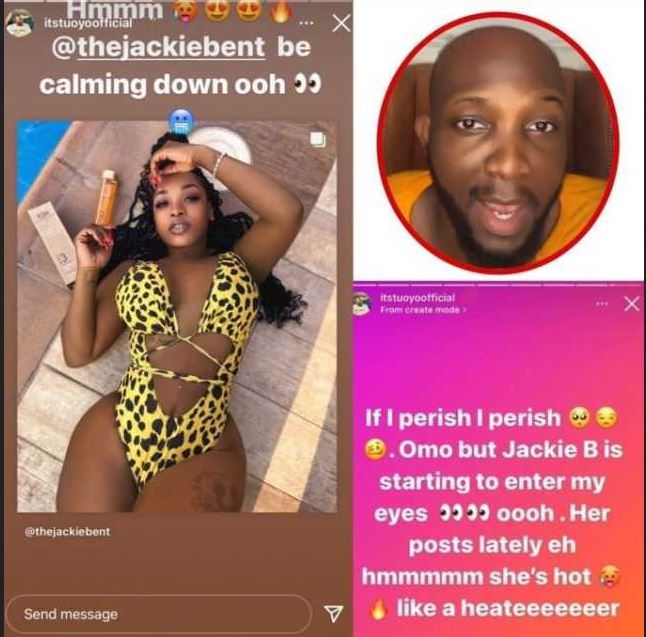 This has elicited amusing responses from the internet, with the majority advising him to leave Jackie B alone because she is purportedly in a relationship with her reality television love interest, Michael.

Some netizens recounted the time Michael punched the wall in the BBNaija house in a fit of emotions, claiming that if he doesn’t back off, his face would suffer the same fate as the wall.

Here are some of the reactions,

An Instagram user wrote, “Michael go just use punch scatter all your face.”

@mrsnkay73 wrote, “Micheal wey use him hand punch bigge wall the thing break😂nah him you dey play with,see I pity ur face”

@timii_x wrote, “Mikool will do with your head what he did to Biggie’s wall🙏🏽”