The suspect who disguised as a woman was arrested one hour after he invaded the church. 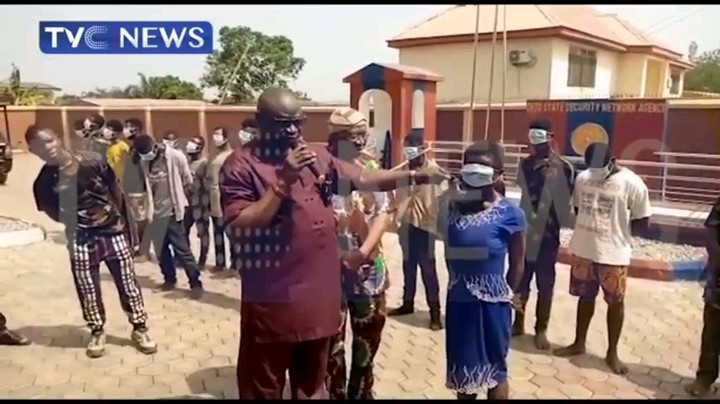 The male kidnapper who dressed like a woman arrested in Ondo
A kidnapper who dressed like a woman to attack a church with his members has been apprehended in Ondo State.
He was arrested by operatives of the Amotekun Corps in Ondo State.
It was gathered that the kidnapper who disguised as a woman had also kidnapped some church members during service at Edo lodge area before he was caught.
The incident happened around 11pm on Wednesday.
The man who wore a blue gown and members of gang kidnapped four church members including a priest.
Amotekun State Commander, Adetunji Adeleye said the suspect was arrested on the spot while others escaped.
The Commander also paraded 21 others who specialize in kidnapping, stealing and selling of Indian hemp.
See the video below:
Top Stories