Photo of 35-year-old Elected As President of Chile 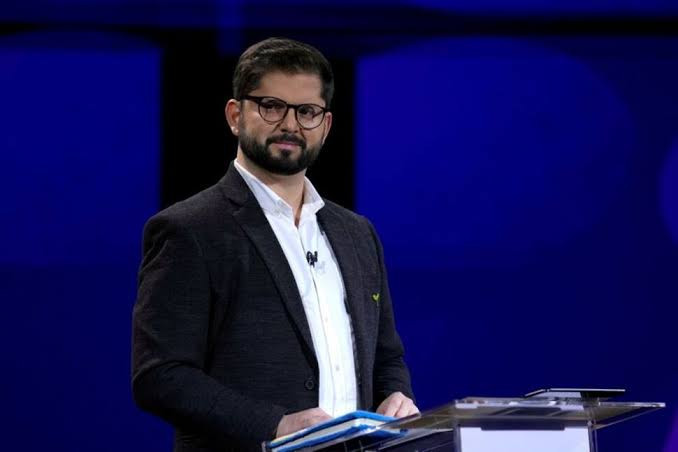 Gabriel Boric, elected President of Chile
Gabriel Boric has been elected as President of Chile.
The 35-year-old former student leader was elected as Chile’s youngest-ever president in the country’s presidential runoff on Sunday.
“I am going to be a president of all Chileans, whether you voted for me or not,” Boric, 35, said in a call with current President Sebastian Pinera on Sunday night.
“I am going to do my best to get on top of this tremendous challenge.”
Boric, who will take office in March, tapped into public anger at Chile’s market-oriented economic model, widely considered to have helped drive decades of rapid economic growth but stoking inequality.
That imbalance sparked widespread angry social uprisings in 2019, lighting the fuse for the political rise of the progressive left and the redrafting of the country’s dictatorship-era constitution.
“If Chile was the cradle of neoliberalism, it will also be its grave,” Boric said when he won the candidacy of his leftist bloc. “Do not be afraid of the youth changing this country.”
A native of Punta Arenas, in Chile’s far south, Boric as a student led the Federation of Students at the University of Chile in Santiago. He rose to prominence leading protests in 2011 demanding improved and cheaper education.
By 2014, still in his 20s, he had joined the national Congress as a lower-house lawmaker, representing Chile’s vast and sparsely populated southernmost region of Magallanes.
With thick black hair and a trimmed beard, he is more groomed now than in his student leader days. Although a known face of the left in Chile, Boric was initially a dark-horse candidate for the presidency.
He just reached the threshold of 35,000 signatures needed to be a candidate. But then he beat out the popular Santiago-region mayor, Daniel Jadue, of the Communist Party, to lead the leftist alliance.
Boric has since looked to distance himself from some of the more extreme views of far-left groups in his alliance, including support from the Communist Party for the Venezuelan government of President Nicolas Maduro.
Buoyed by youthful supporters, there has been a deluge of online memes backing him. High-profile supporters include Chilean-American actor Pedro Pascal from “The Mandalorian” and Mexican actor Gael Garcia Bernal.
Former two-term Chilean President Michelle Bachelet, now the U.N. high commissioner for human rights, backed Boric, saying he would put Chile on a “path of progress for all, of greater freedom, equality and human rights.”
Leftists around the region flocked to congratulate Boric.
“I congratulate @gabrielboric for his election as president of Chile,” said Brazilian former President Luiz Inácio Lula da Silva, a leftist who is looking to make a comeback in elections next year.
“I’m happy for another victory of a democratic and progressive candidate in our Latin America.”
Top Stories