I Am The Sweetest And Richest Twerker - Janemena Brags


The twerk queen took to her Instagram stories to exalt her hustle while stating that she ought to praise herself if nobody will. 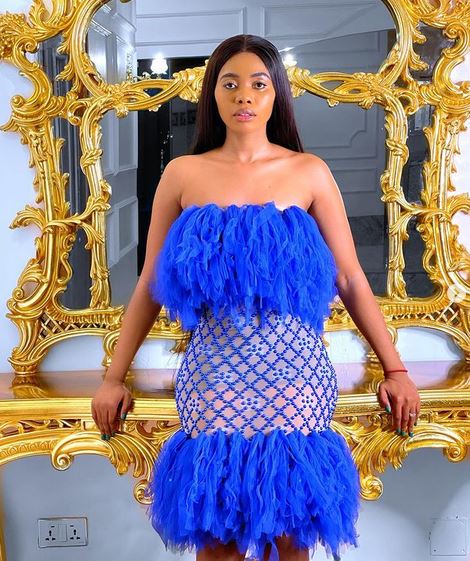 Popular married Instagram dancer, Janemena has bragged about being the freshest and richest twerker.

She said this after her feud with Nollywood actress, Tonto Dikrh who referred to her as an ''Adulterous Twerker'', stating that she would twerk to court after she filed a lawsuit against the actress.

The twerk queen took to her Instagram stories to exalt her hustle while stating that she ought to praise herself if nobody will.

”Sweetest, freshest, cleanest richest twerker ever liveth. If I no hype myself, who go hype me,” the married dancer wrote. 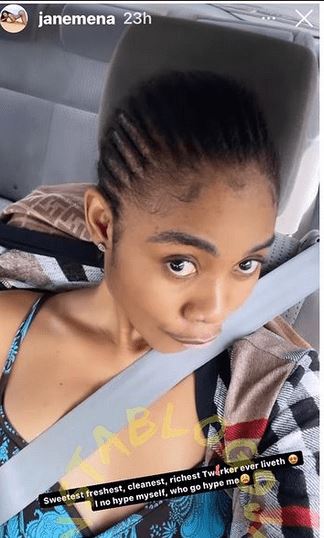 This assertion however didn’t sit well with netizens who blasted her for bragging about such a thing.

While some sympathized with her hubby over his silence on his wife’s occupation, others asked whether twerking was actually a profession.

Check out some reactions below:

“Na ur husband I just dey pity, what kind of man allows his legal wife n mother of his kids shamelessly disgracing their marriage to all n sundry…ur kayamata strong my darling”

“Is twerking a profession,?”

“Wish sometimes we fit just rest from this social media , the kind unimaginable peace you will get eh you sef go shock”

“So are we still twerking together to court or is mission aborted?”