In a statement signed by his Media Aide, Oluwatosin Osho, the clergyman explained that Nigeria’s next president is one who is free from scandal, as shown to him by God. 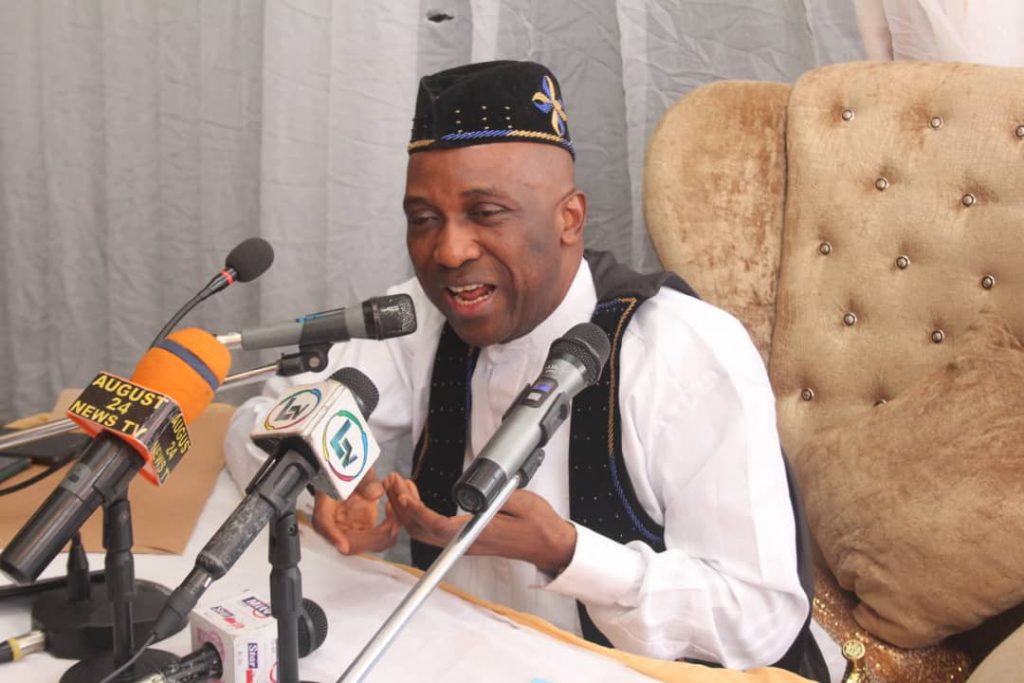 Primate Elijah Ayodele, the Leader of INRI Evangelical Spiritual Church, has made a description of how the next president of Nigeria will look like.

Primate Ayodele said the next president of Nigeria is not an old person and not someone who is too young.

In a statement signed by his Media Aide, Oluwatosin Osho, the clergyman explained that Nigeria’s next president is one who is free from scandal, as shown to him by God.

He said: ‘’God said that the rotational system will not give Nigeria what they want. Nigeria wants good leaders. This will be someone who is ready to sacrifice so many things for the country. There will be a lot that will surround who will become the next president of Nigeria. The person will not be too old or too young. The person will have a clean bill of health from scandals. Of course, the Igbo will find it difficult and tough. They will come up with propaganda in order to keep them in the race.

“APC and PDP will do everything possible to reach consensus so that it won’t cause problems. The pattern of the Southerners will be very firm while that of the Easterners will be very weak. They will make moves but they won’t achieve their expected desires. Of course, the two leading parties will make bold moves that will make the 3rd party re-strategizes their plans.

‘’I foresee that whoever wins the 2023 election will be given the mandate freely given by the electorate. The spirit of God says Buhari is ready to handover and will not interfere or dabble into the affairs of who becomes the next President. The government and the Electoral Umpire will do what is right and this will make Buhari to be honoured. There is no doubt, there will be smooth transition and whoever is announced by INEC will not be removed by any court.’’

While making this prophetic revelation, the man of God referred to some politicians who are likely to join the presidential race.