Don’t Be Pressured By Societal Demands - Agbani Darego Advises Fans, Reveals She Had Her First Child After 35 Years


The beauty queen said this in response to a fan’s questions concerning pressure management and childbirth on Instagram. 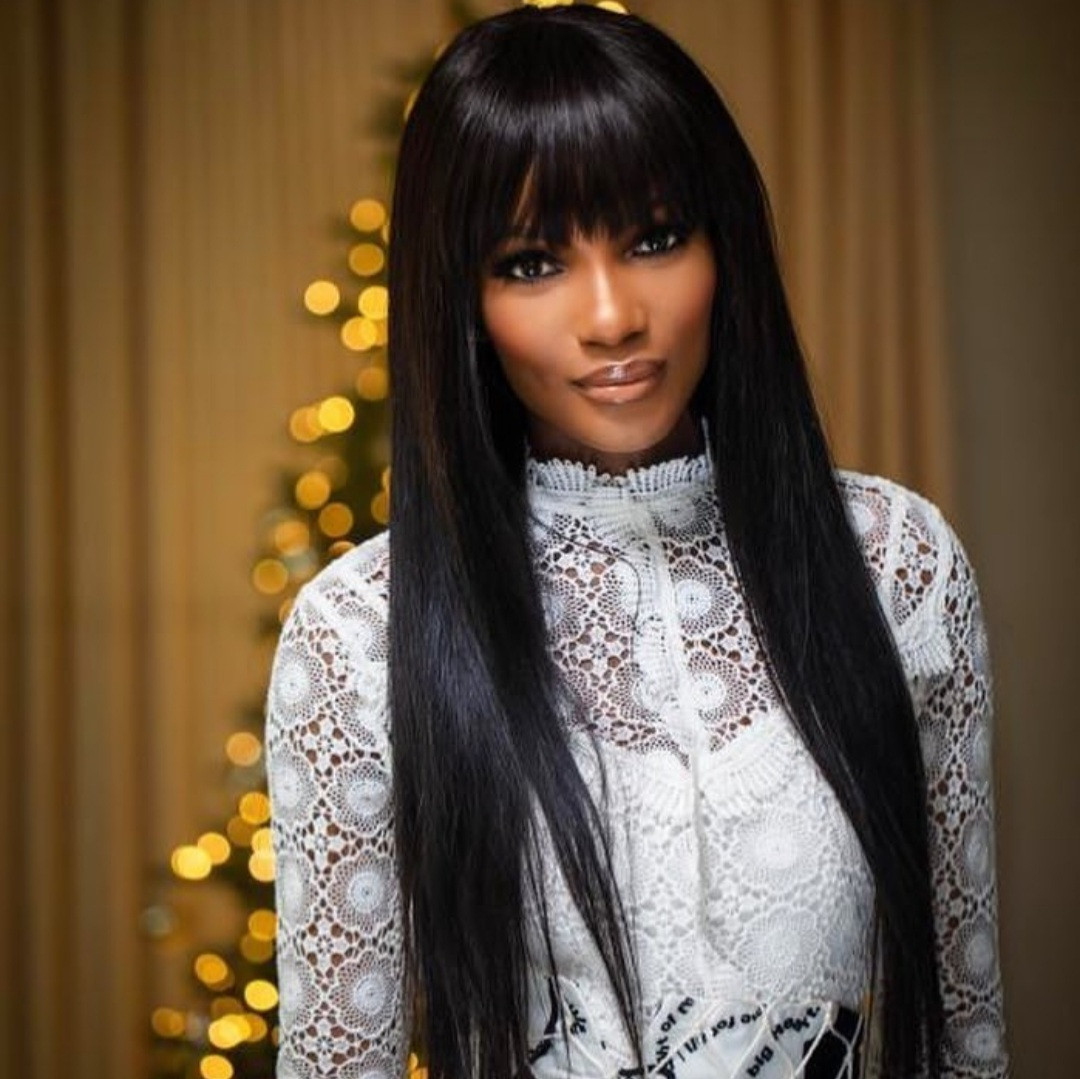 Agbani Darego, a former Miss World, on Friday advised her fans to avoid being pressured by societal demands.

The beauty queen said this in response to a fan’s questions concerning pressure management and childbirth on Instagram.

Darego had organised an Ask-Me-Anything session on her Instagram story and a fan had asked, “How did you manage not to bow to pressure to have kids after 35? I’m 34 in two months.”

In response, the beauty queen said, “Hello, I have two kids and I had my first at 35+. My take: don’t do anything cause society demands it of you. Do it for you, at your own time and pace.

“Kids are a blessing, but only if you desire them! And you have to be mentally, emotionally, (and financially ) ready for that journey.” 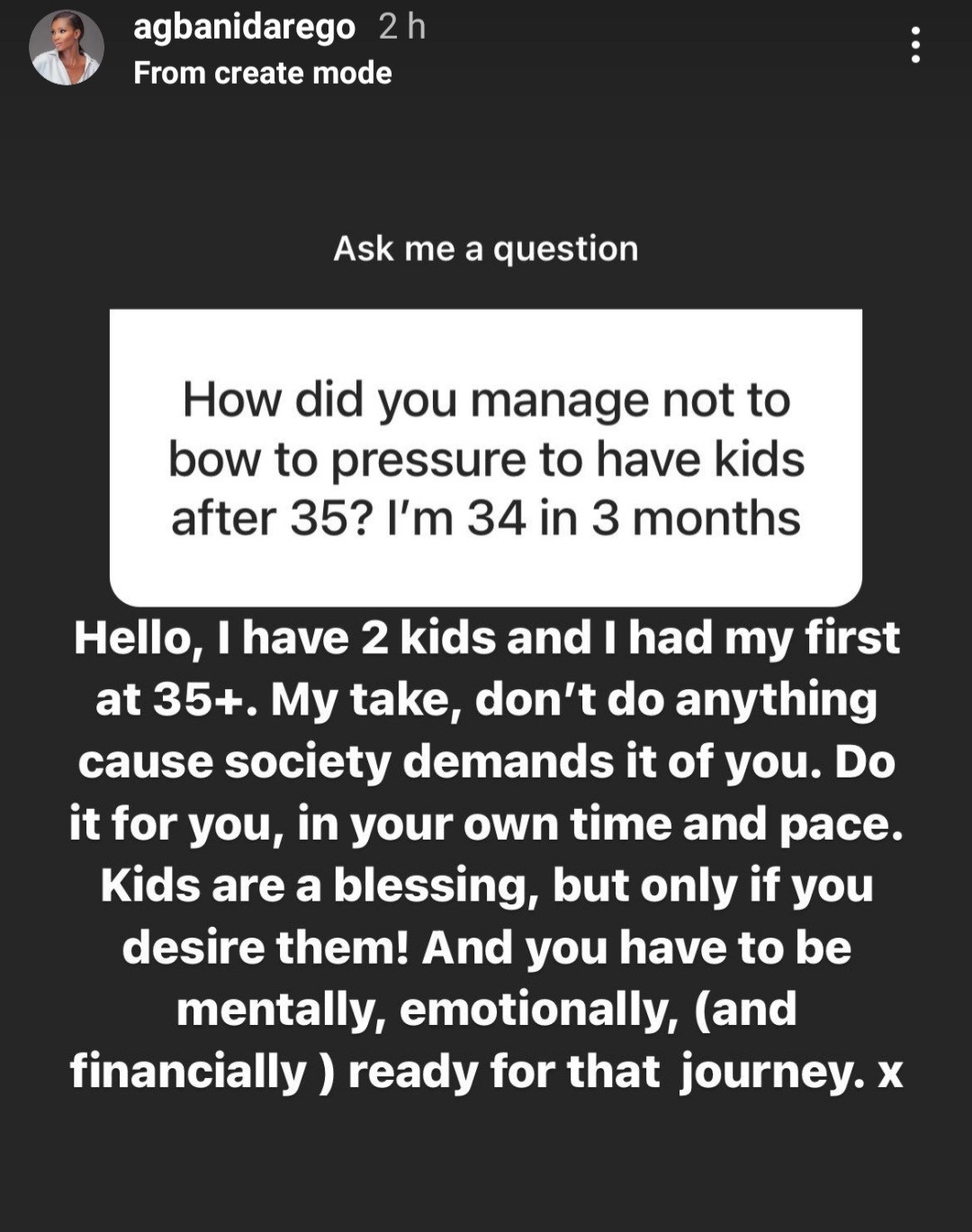 When another fan asked her what was her best part of being a mother, the mother-of-two answered, “Everything! My boys are my world.”

During the session, she also revealed that her secret to living healthy and maintaining a good physique. She said, “No diets. I try to make healthy choices and work out when I can. (Haven’t been in a gym for more than a year though.”

Agbani broke into global consciousness when she became the first native African to win the Miss World beauty pageant in 2001.

Before then, she had won national beauty pageants such as Most Beautiful Girl in Nigeria. At the Miss Universe competition, she became the first Nigerian to place among the top 10 semi-finalists, finishing seventh overall.