The prayer session was conducted in his hometown of Kofa village in Bebeji Local Government Area, Kano State, around 11:30 am. 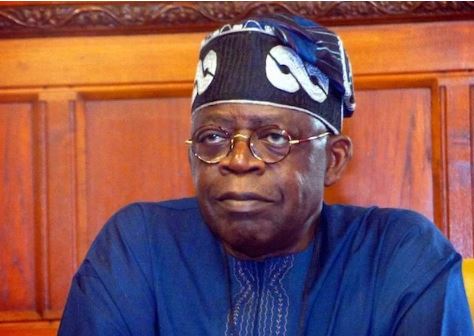 Bola Tinubu
A prayer session has been held by 2,500 clerics for a former Governor of Lagos State, Bola Tinubu to become the President of Nigeria in 2023.
The Managing Director, Federal Housing Authority, Abdullmumini Jibrin Kofa organised the special prayer session for the success of Bola Tinubu’s presidential ambition ahead of the 2023 general elections in the country on Saturday.
The prayer session, which was conducted in his hometown of Kofa village in Bebeji Local Government Area, Kano State, around 11:30 am, was conducted by over 2,500 clerics assembled by the former House of Representatives member who represented Bebeji/Kiru Federal Constituency.
The prayer, which was attended by politicians from across the state, was led by the Chief Imam of Kafin-Maiyaki, who recited verses from the Holy Qur’an.
After the prayer session, the former Federal lawmaker gave scholarship grants to 2,500 girls and empowered another 2,500 youths who underwent training in various skills under his empowerment program.
Speaking at the empowerment programme, Kofa said the special prayer was conducted for peace and stability in the country.
He said, “This special prayer was organised for the success of the presidential ambition of Asiwaju Bola Ahmed Tinubu in the forthcoming general elections as well as for peace and stability in the country.
According to him, the prayer was conducted by over 2,500 ulamas drawn from all over Kano State.
He explained that over 2,500 youths who have been trained in various skills were empowered.
“Today a total of 2,500 youths received startup capital and scholarship grants to over 2,500 girls selected from the 44 LGAs of Kano State.
“Each of the beneficiaries received financial support ranging from N100,000 downwards,” Kofa stated.
Top Stories