Obi Cubana stated that though he trusted the NDLEA to do a good job, he ‘felt low’ being linked with trafficking in hard drugs. 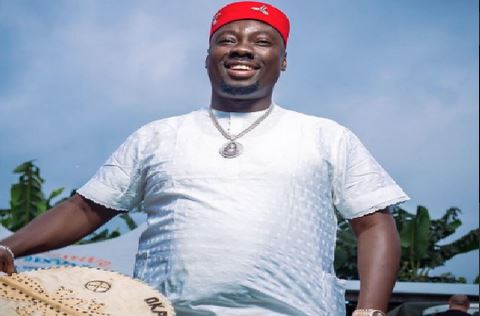 Obi Iyiegbu, the Nigerian entrepreneur and socialite, popularly known as Obi Cubana, was said to have recently spent some time in the office of the National Drug Law Enforcement Agency for questioning over his alleged ties to some drug traffickers.

In an interview with media personality, Ifedayo Olarinde, aka Daddy Freeze, Obi stated that though he trusted the NDLEA to do a good job, he ‘felt low’ being linked with trafficking in hard drugs. Recall that prior to his encounter with the NDLEA, he had been detained by the Economic and Financial Crimes Commission for alleged money laundering.

Speaking about his ordeal with the anti-drug agency, Obi said, “While growing in life, people must face some challenges, and I am facing mine at the moment. I was in detention for four days and three nights. I did not feel bad because I knew the agency would do a thorough job and if I was cleared, I would be allowed to go because it was not a witch hunt. However, linking me to a drug issue made me feel low. It is repulsive because it is something I had made a covenant to never support, invest in or be part of. Getting the invitation from the NDLEA got to me because it is something I have always fought against. It destroys generations, and my children could also become victims. I was told someone paid money into my account, and I believe the agency, which I feel is a responsible one, would make their findings known to the public once they are done with their investigation.”

Contrary to what some people think, the Cubana Group honcho stated that he had no plans to get involved in politics. The Anambra State-born socialite said, “I have zero interest in politics. I am not interested in becoming a governor, whether now or in the future. I am the Governor of Cubana Empire, and that is enough for me. I have just one vote. Interestingly, my wife and I do not even discuss whom to support in elections because I feel it should be a personal decision.”

The nightclub proprietor also stated that he would like to meet the young hawker who recently went viral for giving money to people in a prison van while selling water in traffic.

He said, “I want to meet the boy, and I want him to go to school in good condition. I would sponsor him through the university. If he wants to do study for a Master’s degree outside the country, I will make sure he is comfortable while going to school because his act of giving touched me. I would do whatever he wants for him, and by God’s grace, when he is done with school, he would get a top-level position at any of my organizations. However, if he finds a ‘higher calling’, he is free to do as he pleases. I just want him to know he now has a mentor who would guide him through this tough world.”