A medical practitioner, however, said that the worst complication that can cause death is the injection of the fat into the bloodstream. 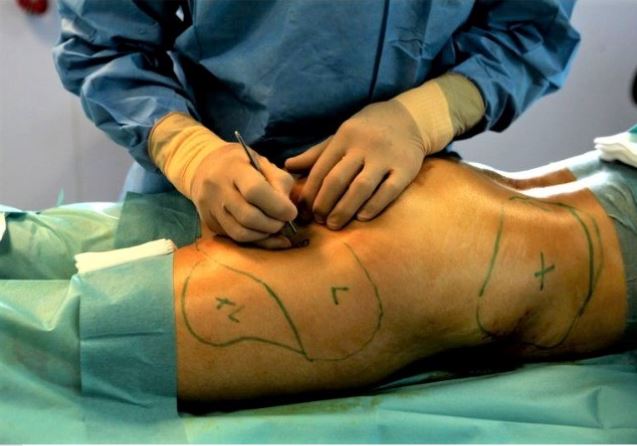 Dr. David Egbeogu, a Lagos-based plastic surgeon, has warned that complications from butt enhancement can lead to death, particularly if conducted by a quack.

Dr. Egbeogu who spoke with PUNCH Healthwise on Saturday said the most common surgical procedure is the Brazilian Butt Lift (BBL), noting that it involves the injection of fat from other areas of the body in the butt.

“There are so many ways that the butt is enhanced but the one that has the greatest complications that have been seen is the butt injection.

There is this injection that people receive in their butt. The commonest is the one that is called the fat transfer. The Brazilian Butt Lift (BBL).

“The procedure is done in such a way that the place the fat is injected and the quantity of fat matter in the outcome. If it is injected in the proper place, the chances of having complications are low.”

The medical practitioner, however, said that the worst complication that can cause death is the injection of the fat into the bloodstream.

“The worst complication is what we call fat embolism. When the fat is injected into the bloodstream. This fat can travel to any part of the body. Fat should not be in the bloodstream.

“Death can occur when fat goes into the bloodstream.”

He also advised that those interested in the procedure should seek the service of plastic surgeons and not untrained people.

On the need for regulation, Dr. Egbeogu said that the Medical and Dental Council of Nigeria exists to regulate the activities of medical practitioners.

“The truth of the matter is that regulation is necessary. It is not hidden that this is supposed to be a procedure to be performed by doctors or plastic surgeons.

“The body that should regulate the activities of medical practitioners exists. That’s the Medical and Dental Council of Nigeria,” he said.

He also noted that it is not only in Nigeria that people of different specialties engage in handling the surgical procedure, noting that the quest for butt enhancement has increased in the past few years and some deaths have also been recorded.

Recall that in the past three years, three British women – Abimbola Ajoke Bamgbose, Leah Cambridge and Melissa Kerr – have died as a result of complications arising from BBLs in Turkey, the most popular destination for UK patients seeking cheaper aesthetic surgery.

Elsewhere, there have been many others: Joselyn Cano in Colombia, Gia Romualdo-Rodriguez, Heather Meadows, Ranika Hall and Danea Plasencia in Miami. According to local reports, in recent years, 15 women have died after BBLs in south Florida alone, Irish Times reported.

In Nigeria, a controversial cosmetic surgeon, Doctor Anuoluwapo Adepoju, who is famed for expertise in butt enhancement surgeries was arrested in 2020 and charged to court over allegations of failed cosmetic surgery that led to the death of one of her clients.