The incident happened on Friday morning, March 4, along Umuahia road in Ikot Ekpene Local Government Area of the state. 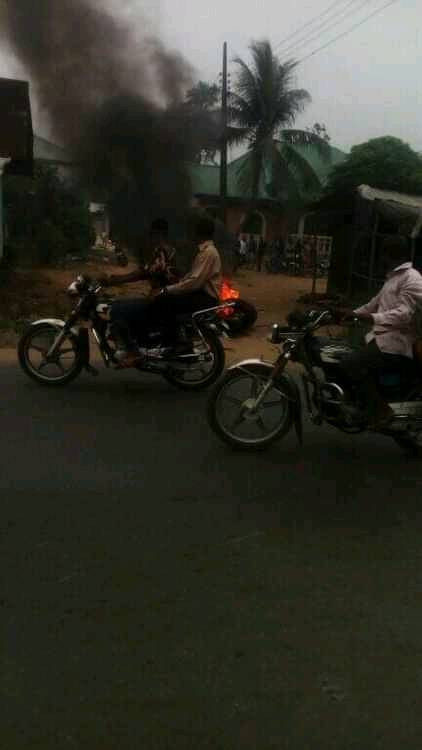 A man accused of stealing plantain has been burnt to death in Akwa Ibom state.
The incident happened on Friday morning, March 4, along Umuahia road in Ikot Ekpene Local Government Area of the state.
The suspect identified simply as Mendie was allegedly notorious in snatching of phones and other criminal activities in the area.
A member of the community who witnessed the mob action said that Mendie was released from prison last year after serving a three years jail term.
"I have talk to him, begged him, asked him to learn a trade that I will sponsor him. That same night he stole a phone and ran away. On his return I pleaded with him to stop that act but he refused. It wasn't long the police apprehended him and he was given a three years jail term which he served. When he was released he became worst. He was a terror in the neighborhood. We all tried to change this narrative today but to no avail,"
Another source said: "I asked of this particular guy when I came to IK they told me he’s in prison. I remember making one statement that day. I told my elder brother that Mendie will come out and become worst. We all know that our prisons are not correctional units, it’s just a place where people get locked up, maltreated and released when they elapsed their prison sentence.

"They come out more angry and aggressive... Stealing is addictive just like drugs what Mendie and his likes needs is rehab not jail. Burning him wouldn't stop his likes from emerging in our society. He was a talented kid it's sad he ended this way." the source added.
Top Stories