Days after the accident, the victim, Osinubi Damilola, has broken her silence, as she revealed her own part of the story. 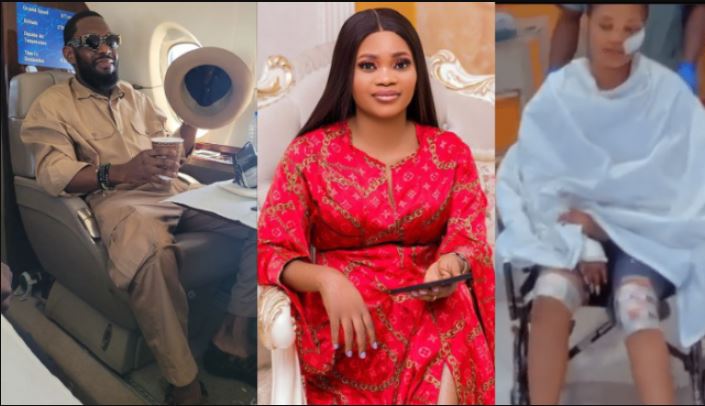 Timaya Inetimi, the popular Nigerian singer, was last week accused of a hit-and-run accident, which led to a police invitation and social media frenzy.

Days after the accident, the victim, Osinubi Damilola, has broken her silence, as she revealed her own part of the story.

According to her, the singer, after hitting her on March 2, ran away, “leaving me in my own pool of blood.”

In a lengthy Instagram post on Tuesday, she added, “Not only that he dragged me on the road where I sustained injuries on my face, my two knees, my right hand, all my acrylic nails forcefully pulled out before I knew it, he ran away leaving me in my own pool of blood.

She further accused the singer of bullying her “as a woman” when she confronted him about hitting her car.

“How can you tell the whole world you didn’t notice you hit a car? I knocked on your side window to draw your attention only for you to bully me as a woman,” she wrote.

Damilola also fumed that the singer hasn’t reached out to personally apologise to her, adding that Timaya wasn’t feeling remorseful for the accident.

She added in the caption, “Timaya Inetimi @timayatimaya you are wicked and heartless. You painted your wicked act of hit and run with emotion.”

Noting that the singer wouldn’t have reacted if he wasn’t called out on social media, Damilola Said, “Your conscience will continue to judge you cause you intentionally hit me off with your green G wagon boasting that you are a celebrity.

“Your lawyer came and sympathised with me in the general hospital at about 10:30 pm and your lawyer said this is too much for someone to let it slide.

“The pains you inflicted on me by your recklessness and no respect for womanhood. The permanent scar you inflicted on me intentionally. All I want is justice as he isn’t feeling remorse because he should not go scot free to serve as a deterrent for others.”

The victim’s had raised the alarm about the accident on social media and in his response, Timaya denied abandoning the victim.