The office made the allegation in its 2019 audit report presently being considered by the Committees on Public Accounts at the Senate and House of Representatives. 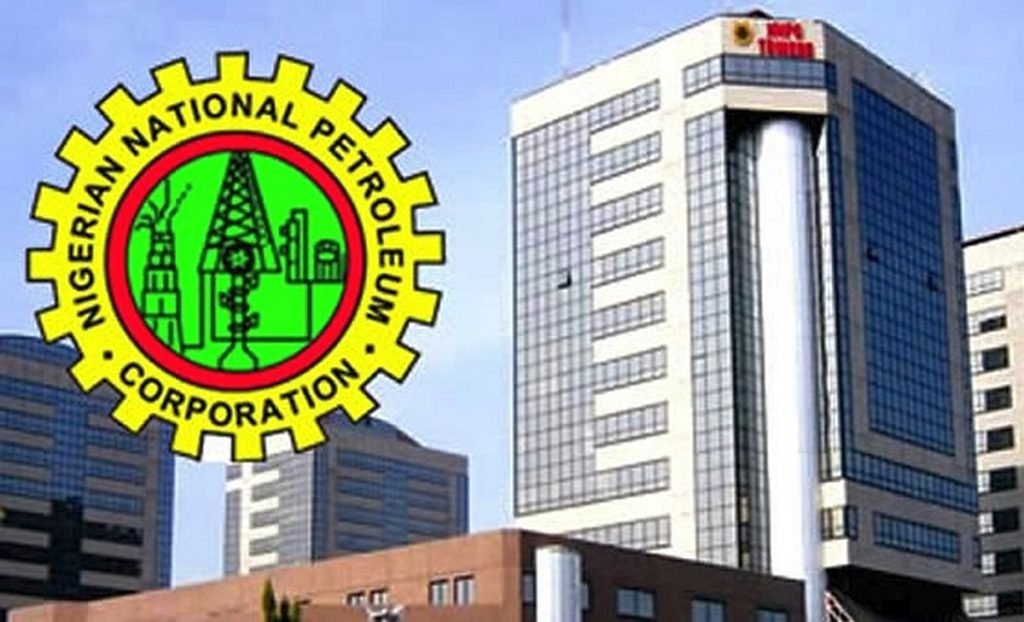 The Nigerian National Petroleum Company Limited has been accused of failing to account for about 107,239,436 barrels of crude oil lifted for domestic consumption in 2019.
The Office of the Auditor-General for the Federation made the allegation in its 2019 audit report presently being considered by the Committees on Public Accounts at the Senate and House of Representatives.
According to the report, about 22,929.84 litres of Premium Motor Spirit, also known as petrol, valued at N7.06bn and pumped to the two depots (Ibadan-Ilorin and Aba-Enugu) between June and July 2019 were not received by the depots. These are part of the issues raised by the office in the six audit queries issued against the NNPC.
The report noted discrepancies between the amount reported by the NNPC as transfer to the Federations Account and what was reported by the Office of the Accountant-General of the Federation.
While the NNPC records showed that N1,272,606,864,000 was transferred by the corporation, the Accountant-General of the Federation said it was N608,710,292,773.44, leaving a gap of N663,896,567,227.58.
Consequently, the auditor-general said the Group Managing Director of the NNPC should be asked to explain the discrepancy between the two figures and remit the balance of N663,896,567,227.58 to the Federations Account or face sanction.
According to the report, NNPC transferred the sum of N519,922,433,918.46 to the Federation Account based on transfer mandates.
The Auditor-General, therefore, demanded that the NNPC provides “reconciliation statement for the difference of N88,787,862,853.96 between AGF’s figure of N608,710,296,772.42 and NNPC’s figure per transfer mandate of N519,922,433,918.46.”
The report read in part, “Audit observed that 107,239,436.00 barrels of crude oil were lifted as domestic crude, while the allocation of crude oil to refineries for a billing date of 9th January to 29th May 2019 was 2,764,267.00 bbls valued at N55,891,009,960.63.
“Information on the sale of un-utilised crude oil by refineries for 2019 was not provided, and information on crude oil allocations from 30th May to 31st December 2019 was not provided for scrutiny.”
The OAuGF said the GMD of NNPC should justify non-adherence to the transfer of all federation revenue to the Federation Account as provided by the Constitution and ensure that all revenue is paid into the federation account, going forward.
The report further read, “The audit examination on ‘Schedule of Inflow of Revenue’ by NNPC to Federation Account obtained from the Office of the Accountant-General of the Federation revealed that the Domestic Gas Receipts of N4.572 billion was transferred to Federal Inland Revenue Service (FIRS) Petroleum Profit Tax (PPT)-Gas in the month of January 2019, and was not made in the subsequent months of the year.
“This transfer reduced the amount due to Federation Account for the month of January, 2019 to the tune of N4.572 billion leading to possible reduction of distributable revenue in the Federation account, misapplication of funds and diversion of revenue.”
The office alleged that about 22,929.84 litres of PMS valued N7,056,137,180.00 pumped to two depots in the country in 2019 were not received by the depots, while no reason was advanced by the NNPC for the non-receipt of the product, demanding that the value of the products be remitted to the Federation Account.
239,800 bbls of crude oil valued at N5.498bn was received in Warri and Kaduna refineries, respectively, between January and December 2019, with the source of the crude not validated due to the absence of source documents, while money was allegedly classified as crude oil losses without duly completed form 146 to be processed for further investigation
Top Stories