The EFCC was also ordered to tender a public apology to Okafor, which will be published on two national dailies. 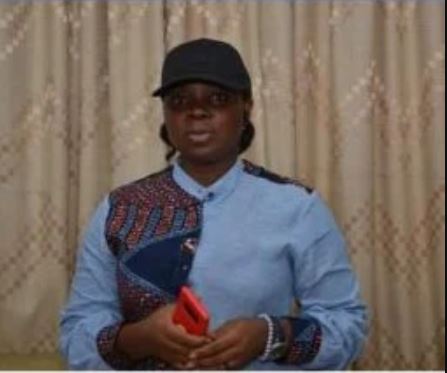 A Federal High Court sitting in Umuahia, on Monday, March 14, 2022, delivered a judgment in favour of an Abia journalist, Norah Okafor, and awarded her N3.5 million damages over the invasion of her residence in the wee hours of the night of 23rd September, 2021 by the operatives of the Economic and Financial Crime Commission, according to The PUNCH.

The EFCC was also ordered to tender a public apology to Okafor, which will be published on two national dailies.

Speaking with The PUNCH, Okafor said that she was excited about the judgment, stating, “It is justice not only for me, but Nigeria journalists who stood by and testified for me.

She expressed her conviction that the judiciary has also shown that they were the last hope for the common man.

Sharing her experience, she said, “At one point in time, I felt demoralised when the spokesperson of the EFCC kept saying that they didn’t do that and that I was just trying to trend for no reason, but then I tried to make him understand that their guys did this and at the end of the day, they said that it was a case of mistaken identity.

“All I had expected was for them to, maybe, apologise and say, ‘let the sleeping dog lie’”.

Explaining further, she said, “I didn’t go to court because I had money to do something extraordinary, but I wanted to prove a point that I have a right.

“It was all about the invasion of privacy. They invaded my house at the wee hours of the night and met me n*ked. The trauma alone wasn’t funny.

“When they came, I thought they were criminals, armed robbers and I was shocked and at the end of the day, they were just EFCC officials who came to ransack my house. For what reason and why don’t they investigate? They would have at least done their investigation properly before embarking on their mid-night raid”.

The reporter who worked with Modern Communication Limited Radio Government House Umuahia said the raid didn’t make sense, lamenting, “Even if I am not a journalist, but a normal Nigerian, wherever the person is, many of them have been stomaching this and they (EFCC) would go scot free.

“I am happy that I have gotten justice at last. For me, it is not about the money, it is about the fact that I got justice and this justice, I hope, will trickle down to others who may also have faced similar treatment and who may have been waiting for such judgment and which is taking time to come.

During the raid on 23rd September, 2021, the EFCC had also destroyed a lot of her personal property.