The child was found after he was reportedly abandoned by his mother in the state.

A baby boy of about six months was found by residents after he was abandoned in Edhemuoyavwe in Oghara, Ethiope West Local Government Area of Delta State.

According to report, the council chairman and DPO have been informed of the development. 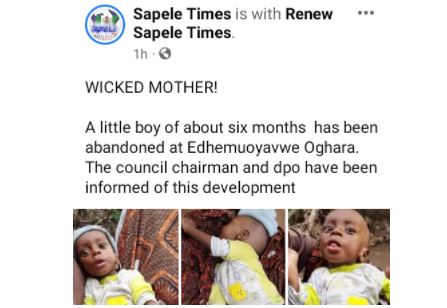