This followed the recent sacking of Ebonyi State Governor, Dave Umahi and some lawmakers who defected with him from the Peoples Democratic Party (PDP) – on whose ticket they were elected – to the ruling All Progressives Congress (APC). 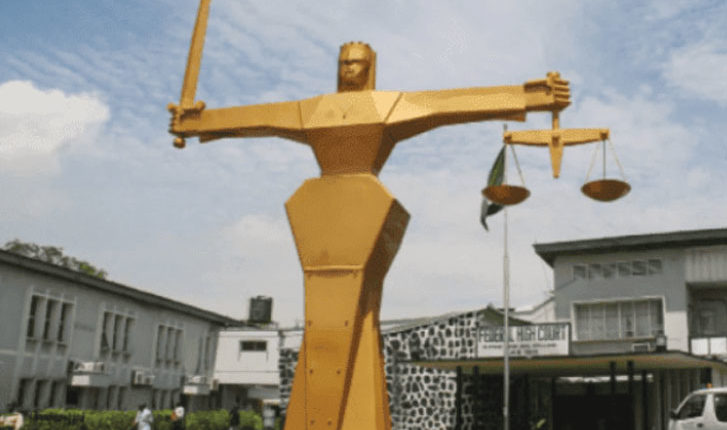 17 members of the Imo State House of Assembly who defected to the All Progressives Congress are at the risk of losing their seats.
The recent development comes after a court sacked Ebonyi State Governor, Dave Umahi and some lawmakers who defected with him from the Peoples Democratic Party (PDP) – on whose ticket they were elected – to the ruling All Progressives Congress (APC).
Another court had also sacked 20 members of the Cross River State House of Assembly who defected with Governor Ben Ayade from the PDP to APC.
Encouraged by these developments, the plaintiffs in Imo have dusted up a suit they filed against the defection of the lawmakers in July 2020.
The suit was filed by representatives of Legal Defence and Assistance Project, Chijioke Nwachukwu, Chibuzo Ekene and Mmerole Modestus (the plaintiffs) against the Attorney General and Commissioner for Justice, Clerk of the House, Independent National Electoral Commission, Attorney General of the Federation, Hon Collins Chiji, Hon. Amarachi Chyna Iwuanyanwu, Uju Onwudiwe and 15 others.
In suit No. FHC/Ow/27/2020 filed by their counsel, Nath Epele and Co., the plaintiffs asked the Federal High Court sitting in Owerri to declare the seat of the defendants vacant by virtue of the fact that they defected from the party that elected them into another party.
Former Speaker Collins Chiji representing Isiala Mbano had left his former party, the All Progressives Grand Alliance (APGA) under whose platform he got to the House and defected to PDP which won the 2019 governorship election in the state in order to grab the Speakership.
However, a few days after January 14, 2019, Supreme Court judgment, which sacked Emeka Ihedioha and declared Hope Uzodimma of the APC as governor, Chiji, along with other members, moved to the APC to retain his position.
Chiji and majority leader, Mr. Chigozie Nwaneri, announced their defection on the floor of the House, while others wrote letters of defection.
Others who were elected under the Action Alliance (AA) also dumped the party and joined the APC.
They are; Chyna Amara Iwuanyanwu (Nwangele LGA); Innocent Egwim (Ideato North LGA); Chidiebere Ogbunikpa (Okigwe LGA); Obinna Okwara (Nkwerre LGA); Paul Emeziem (Onuimo LGA); Ekene Nnodim (Orsu LGA); Duru Johnson (Ideato South LGA); Ngozi Obiefule (Isu) and Herculus Okoro (Ohaji-Egbema) and the minority leader, Ekene Nnodumele (APGA Orsu).
A few days later, Eddy Obinna (Aboh Mbaise), Samuel Otibe (Ahiazu Mbaise) and Uche Ogbagu (Ikeduru) all of PDP, defected to APC.
Some months later, the leadership of the House was changed as Mr. Paul Emeziem of Onuimo replaced Chiji as Speaker, while Iwuanyanwu became the deputy speaker.
No date has been fixed for the hearing of the suit.
Top Stories

Is My Daddy The Man In Your Life? - Davido’s Daughter, Imade Questions Her Mother, Sophia Momodu (Video)
Popular Stories