Dentist Charged With Murder After His Girlfriend Died Of Drug Overdose


James was arrested Tuesday, March 22 and charged with second-degree murder in the death of 25-year-old Sarah Harris. 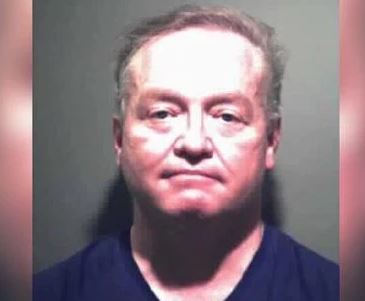 An oral surgeon/dentist has been accused of supplying his drug-addicted girlfriend with drugs which led to her demise after she overdosed.

James Michael Ryan, 48, was arrested Tuesday, March 22 and charged with second-degree murder in the death of 25-year-old Sarah Harris.

According to the Montgomery County Department of Police, Harris, a former patient, began working at Ryan’s practice as a surgical technician in October 2020 and the two began a romantic relationship in January 2021,

At some point, she moved in with Ryan and he allegedly began feeding her controlled substances, including propofol, ketamine, diazepam and midazolam.

“I don’t think you’ll find a vein. I’m so dehydrated,” Harris texted Ryan on Sept. 27, according to court documents obtained by the Washington Post.

Ryan allegedly instructed her to drink water and take a Xanax.

“Sarah Harris developed an ever-worsening addiction that was continuously fed over the months by Ryan,” investigators wrote.

Texts also show Harris admitting a ketamine overdose to a friend, according to the court documents.

Along with reckless endangerment and a series of drug charges, Ryan was charged with “depraved heart” second-degree murder, meaning that he did not kill Harris with premeditation but rather showed an “extreme indifference” to her life and should have known better about the dangers of the drugs he was providing.

“The loss of such a remarkable daughter, sister, granddaughter, aunt and one of a kind woman is utterly devastating. Sarah’s family and friends will strive to honor her elegant memory by living their lives with love and compassion,” reads an online obituary for Harris.

“Sarah had a passion for learning, drawing, and spending time with her puppy Winston. She loved photography, traveling, meeting new people, exploring God’s creations, animals, laughing with her sisters, and most of all creating precious memories with her family.

She had a personality that would light up a room and she carried a radiant smile along with it. She marched to the beat of her own drum and was like no other. She loved fiercely and passionately, feeling incredibly blessed each day of her life.”