Asked why he decided to attend the declaration ceremony of someone many perceive as his political rival, Obi explained that he has nothing but respect for Atiku. 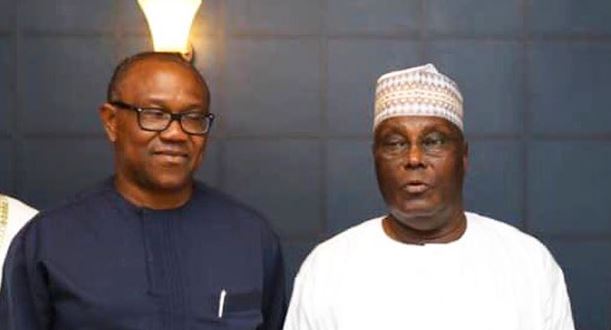 Peter Obi had been Atiku's running mate in the 2019 presidential elections under the flagship of the Peoples Democratic Party (PDP), but they lost to the ruling All Progressives Congress (APC).

Now, many have been speculating that Peter Obi would declare his intention to run for the presidency in 2023, hence, it came as a surprise when he made a surprise appearance at Atiku's declaration event.

Asked why he decided to attend the declaration ceremony of someone many perceive as his political rival, Obi explained that he has nothing but respect for Atiku.

Obi said at the International Conference Centre, Abuja: "The reason why I am here is that this is new, as you know I play politics differently and to me, politics is not a war, it is a relationship and Atiku is my leader, he is my boss, he is a senior brother.

"If he invites me for anything I will attend, aspiring for anything does not say I should not keep my relationship that is very cordial and everything."

Obi added that despite aspiring to be the Nigerian president himself, he sees Atiku as a unifier.

He said: "I am aspiring but remember I always say it  Atiku Is a unifier, he believes in Nigeria, he is a good man and every time he invites me for anything I will be there; that notwithstanding I am aspiring  I want to serve Nigeria."

Asked if he will declare his intention to run for presidency, Obi replied:  "You will see very soon."

Watch Obi speak in the video below;