Among the abducted passengers were a pregnant woman and an orphan, while the driver was allowed to leave with the other seven passengers. 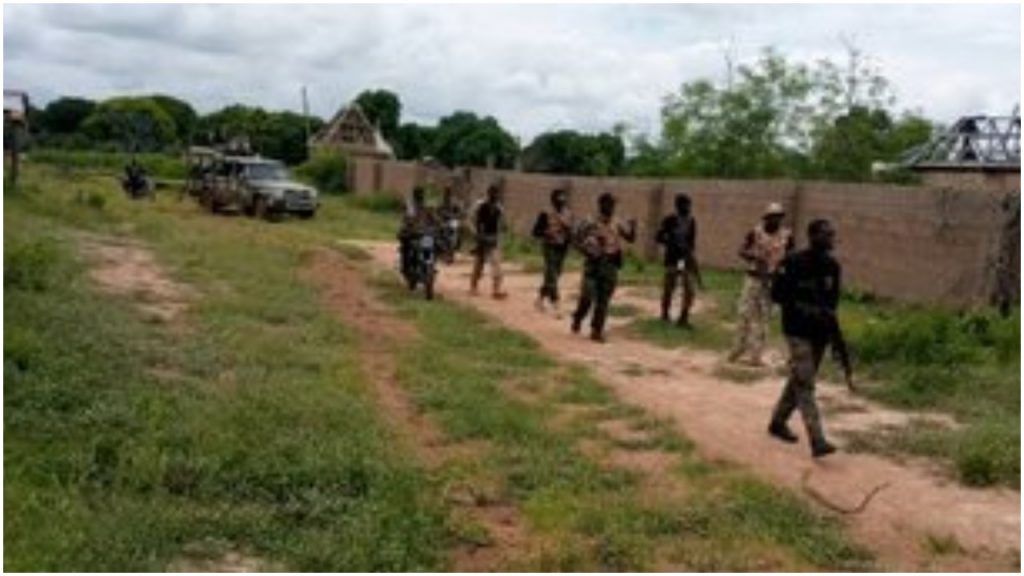 Some gunmen who are suspected to be kidnappers have abducted six travellers who boarded Benue State Transport vehicle known as Benue Links going to Lagos.

It was learnt that the incident happened on Saturday when the bus left Gboko with 13 passengers but was intercepted around 4pm at Ochaja near Anyingba in Kogi State by suspected gunmen.

Among the abducted passengers were a pregnant woman and an orphan, while the driver was allowed to leave with the other seven passengers.

Narrating what happened to our correspondent, the driver of the bus, Emmanuel Owoicho, said that the gunmen earlier robbed them of their belongings before taking away six passengers.

Owoicho who spoke on the phone said, “On Saturday I was travelling to Lagos. So after Ayingba, the place is called Ochada junction. On approaching there around 4pm, I saw some men coming out from the bush and started shooting at us.

“I wanted to go ahead but later I realized that if I do that, they would riddle the bus with bullets. So, I parked but before I know it many others came from the bush and started robbing us.

“They collected our money, phones, everything we had they collected. Then they asked us to lie on the road but on sighting a trailer on high-speed approaching, their leader asked us to get up and stay by the roadside. He now asked six persons to follow him, three men and three women into the bush.

“It was after this that I called back my passengers and we got to a Naval checkpoint and reported the incident to them. They and some vigilante asked me to take them to the spot of the incident, after about 30 to 40 minutes of search, they came back to say they could not find the kidnappers.

“The next day Sunday, I went to the Police Station in Ayingba to formally report the incident and they instructed me to go. I then took the remaining passengers and returned to Gboko.

“I had left Gboko around 10am that Saturday and got to that junction at about 4pm. I picked up 13 passengers from Gboko on that day and they kidnapped six, they collected the sum of 42, 000 naira from me.

The driver, who said he was in touch with the families of some of the kidnapped passengers, said that the abductors had begun to demand ransom.

“Am aware they are demanding N10 million as ransom from those kidnapped but their families are negotiating between 750,000 and 450,000. There is an orphan girl whose family said they only have N80,000.

While stating that the kidnappers were still holding the victims, Owoicho said, “Among those kidnapped is a pregnant woman. I feel sad and pray that they are all released.

When contacted on phone the Public Relations Officer of the company, Martina Iorchir, said that she was not in town and had not heard of it.