The children, Marvelous, Alex and Rehoboth Sunday, were said to have gone missing from their school, Star Child Academy, on Tuesday. 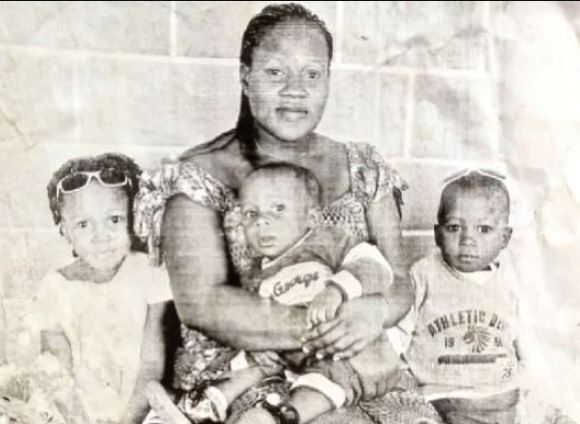 Victims with their mother

Serious panic has taken over the residents of Kabusa community in the Federal Capital Territory over the disappearance of three siblings, according to The PUNCH.

The children, Marvelous, Alex and Rehoboth Sunday, were said to have gone missing from their school, Star Child Academy, on Tuesday.

According to residents, their mother had gone to pick them up from their school located around the ECWA One area of Kabusa, but they were nowhere to be found.

Efforts made by their mother, staff of the school and residents to locate them were said to have been abortive.

The incident sparked a protest from women in the community, who picketed the school and the police division in the area.

Speaking to our correspondent, a family friend, Benson Ubong, said residents checked every nook and cranny of Kabusa from the day of the incident till Wednesday, adding that the children were not found.

Ubong said, “The father of the three children is my colleague and we live in the same area. Around 1.28pm on Tuesday, we were sitting together and having some conversation when a call from his wife came in. She said she went to the school to pick up the three children, but they were nowhere to be found. The father immediately put a call through to the owner of the school.

“The woman was not really cooperating at that moment; their dad was upset. About 20 minutes later, he left the place of work and dashed to his residence. He then reported the incident at a police station.

“On Wednesday, women in the community, both young and old, protested at the school and the police station. After then, there was information that somewhere around Waru, there were corpses of some children; we went there and there was nothing like that.

“Up till now, we don’t know where they are; their parents and the entire community have been thrown into mourning. The family recently lost one of their children and now all of the surviving children are nowhere to be found. They are two females and one male. The first one is eight years old, the second is six years old and the last is two years old.”

She said all the teachers in the school, alongside the proprietor, had been arrested over the matter.

Adeh said, “The matter was reported to us. We have arrested all the teachers and the proprietor of the school. The case has now been transferred to the State Criminal Investigation Department.”

In a related development, residents of Chukuku, in the Kuje area council of the FCT on Thursday protested against incessant abductions in the area.

The residents, who made bonfires and barricaded the Kuje/Gwagwalada Road, appealed to the Federal Government to combat the insecurity in the area.

As a result of the barricade, vehicles were diverted through the Kuje-Airport Road to get to Gwagwalada from Kuje.

A resident, who gave his name simply as Austin, said bandits had been having a field day in the community.

According to him, the protest was caused by the abduction of three residents on Thursday.

He said, “This is getting too much. Bandits have been operating freely in our community. In the early hours of Thursday, they operated here for hours and took away two men and one woman. The residents were angry because of that and decided to protest against the abductions in the area.

“This is not the only incident; week in and week out we experience attacks by bandits in this community. Why do we have a government then if our lives and property are not secured?  The government must live up to its task and provide adequate security in the community.”