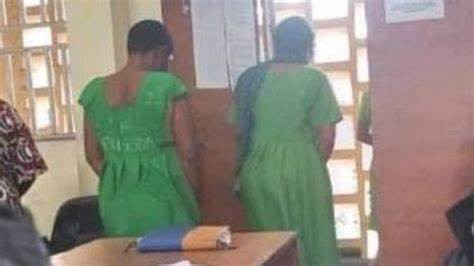 A Magistrate’s Court sitting in Port Harcourt, Rivers State has sentenced a lady to 10 years in prison.
The lady identified as Blessing Stephen was convicted by the court for conspiracy and child trafficking.
Ruling on the case involving Stephen who was described as unrepentant and hardened, Chief Magistrate, Felicitas Amanze noted that the prosecution proved she deceived the child’s mother, Abigail Monday, to sell her baby for N200,000, and gave her N20,000.
She was then sentenced to three years on count one and seven years on count two. The sentences, according to the chief magistrate, will run consecutively.
The court also directed that the child’s mother, Monday, report herself to the court three times a week to sweep and dust the furniture in the courtroom for one year.
Addressing journalists after the court judgement, a legal officer representing the International Federation of Women Lawyers, Esther Okorienta, said the judgement would serve as a deterrent to child traffickers.
Okorienta said;
“We are delighted with the judgement of the court. We also noted with dismay the arrogance of the second defendant. She was not even remorseful after the judgement. We are happy that she was sentenced to 10 years’ imprisonment.  The rate of child trafficking in the country is alarming.”
Top Stories