The actress made the revelation while speaking as a guest on Meet and Greet, a show put together by Inkblot Productions. 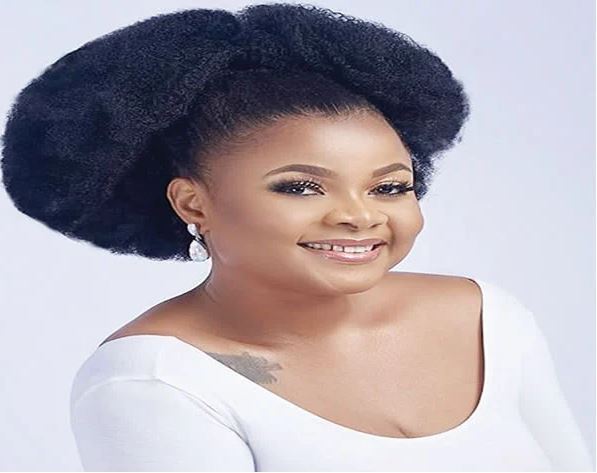 Bimbo Ademoye, a Nigerian actress, has said when she first got into the movie industry, she usually accepted any role that came her way.

But now, she carefully selects which roles she accepts to play.

Speaking as a guest on Meet and Greet, a show put together by Inkblot Productions, she said, “Make sure you know the craft (before joining the industry). Don’t just come in because you are pretty, have long hair or a good shape. I came in with my ‘bow legs’ (knock knees), saying, ‘This is me’. My dad has a lot of connections but for some reasons, he did not ‘know people’ in the movie industry.

"I came in all by myself knowing full well that this is what I want to do. Back then, I used to take any movie roles (that came my way). Now, I am quite selective. Someone once got offended because I said, ‘No’. I told the person it was a beautiful story but I did not see myself playing it, and she got offended.”

Recounting one of her craziest moments on the set of a movie, Ademoye said, “On one occasion, we were filming upstairs in a building and I was going downstairs. However, someone had put a cup of hot water on the rails upstairs, and for some reason, when I got downstairs, it poured on me. Thankfully, I did not have any burns but the sting was painful. I screamed and went into the bathroom. But, the production manager said, ‘We are waiting for you’.

“All the curse words that could come out of my mouth came out and it took so much for me not to punch him, even though I knew he could beat me up. The director then came downstairs and said to me, ‘Bimbo sorry, he is only doing his job’. That has to be the craziest experience I’ve had on a movie set.”