Ojerinde was on July 6, 2021 arraigned before Justice Obiora Egwuatu by the ICPC, on an 18-count charge bordering on alleged N5b fraud. 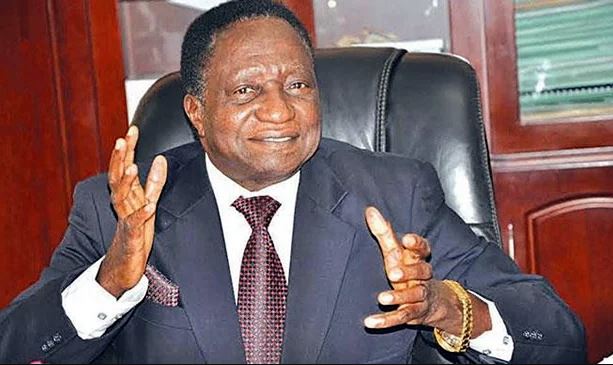 Air Commodore Najeem Sanusi (retd.), a prosecution witness for the Independent Corrupt Practice and Other Related Offences Commission, told the Federal High Court sitting in Abuja on Tuesday, that the National Broadcasting Commission, had allegedly approved a licence for a radio station (Ifelodun Communications Ltd), in the name of a former Registrar of the Joint Admissions and Matriculation Board, Dibu Ojerinde.

The PUNCH had reported that Ojerinde was on July 6, 2021 arraigned before Justice Obiora Egwuatu by the ICPC, on an 18-count charge bordering on alleged N5b fraud.

He was among others, accused of using his position as registrar of JAMB to confer corrupt advantage upon one Jimoh Olatunde, a public officer, by instructing Zenith Bank Plc to open an account number 1002833087 in the name of JAMB/J.O. Olabisi, into which he allegedly diverted a cumulative sum of N2,769,083,044.04.

Ojerinde, who initially denied the charges, had later in a failed attempt asked for a plea bargain between him and the ICPC.

At the resumed trial on Tuesday, the ICPC‘s prosecution witness, Sanusi, told the court that after he retired from the Nigerian Air Force in January 2015, he was informed by one of his friends that the Federal Government was issuing licences for the establishment of radio stations, adding that he subsequently obtained the form from the NBC, and discussed the idea with Prof. Ojerinde.

According to him, Ojerinde engages a lawyer, Mr Peter Oyewole, to follow up on the prerequisites for obtaining a licence from the NBC, while he appointed Olabisi as his accounting officer.

“We concluded by agreeing that after the company’s registration, funds needed to obtain the licence should be paid; and Jimoh should make arrangements for the fund.

“Going forward, Jimoh Olabisi gave me a bank draft of N10 million to pay the NBC, I paid.

“I made a photocopy of the draft and they also acknowledged the receipt of the bank draft.

“The licence was issued by the NBC and the lawyer registered the company (Ifelodun Communications), in the name of Prof Ojerinde with the ex-Jamb registrar and himself as the major shareholders with about 500,000 shares,” he said.

Sanusi further told the court that the site used for the radio station was the ex-JAMB registrar’s house in Owode Area, Igboho, Oyo State, including an acquired land adjacent to his house.

He claimed that at the time, the defendant’s son, Olumide Ojerinde (who is now a representative in the National Assembly), played a role in some of the works done on the radio station project.

He said that the agenda for the operation of the radio station was decided at a meeting in Prof. Ojerinde’s JAMB Office, Bwari, Abuja and he had photocopies of some documents detailing the procurement of equipment, licensing among others.

After his testimony, the prosecution counsel, Olubunmi Olugasa, urged the court to admit the photocopies of the bank draft, approval by the NBC and the agenda of their meeting as evidence.

But Ojerinde’s lawyer, Ibrahim Isiyiaku, raised objection to the prosecution’s prayer, saying that the anti-graft agency’s failure to explain the whereabouts of the originals of the document cast doubt on its originality.

He urged the court to reject the documents.

After listening to their arguments about the documents, Egwatu adjourned the case to 7 and 8 of June for ruling and continuation of trial.