The activist stated that the country is going through a lot for Reps to think about seeking to prohibit cross-dressing. 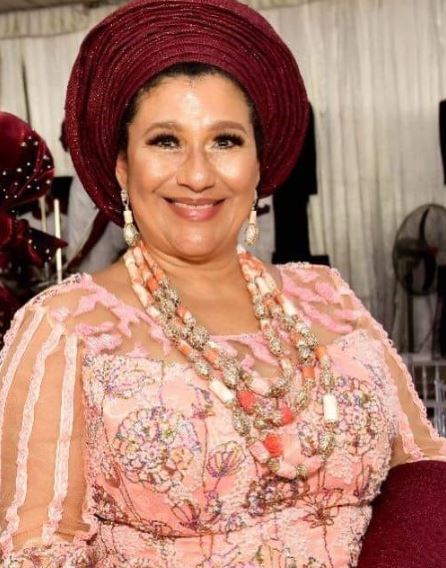 Women's rights activist, Laila St. Matthew-Daniel has slammed the House or Reps for the proposed bill to outlaw cross-dressing, leaving the major issues ravaging the country.

The House of Representatives received a bill seeking to prohibit cross-dressing in the country.

If passed into law, cross-dressing will become an offence in the country with the exemption of those using it for entertainment. Offenders will be liable to be jailed for six months.

"So many important bills to pass on areas of security, reduced allowances, child marriage, women’s equity etc and a ‘cross dressing’ bill is more important? Who the heck are these lawmakers." the right activist wrote. 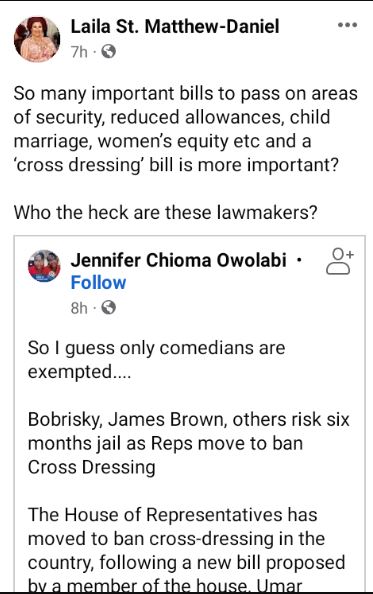