Vehicles were damaged and several members of the SDP party sustained varying degrees of injury, a source disclosed. 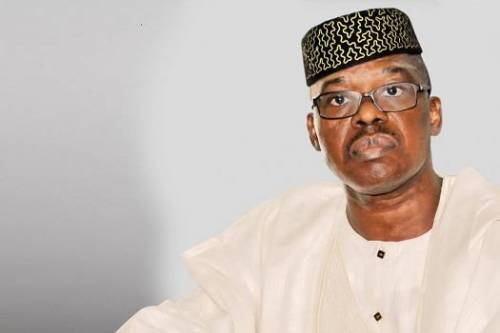 According to a report by SaharaReporters, the convoy of the Social Democratic Party (SDP) governorship candidate in the June 18 Ekiti governorship poll, Chief Segun Oni, was on Wednesday attacked at Efon Alaaye in the Efon Council area of the state.

It was learnt that members and supporters of the party were attacked with guns, cutlasses, and other dangerous weapons on arrival at the town for the former governor’s consultative meetings with SDP members in the council area.

The thugs reportedly shot into the air, forcing people to run to safety.

Vehicles were damaged and several members of the SDP party sustained varying degrees of injury, a source disclosed.

Campaign Director, Media and Publicity, Jackson Adebayo in a statement titled, “Oni escapes assassination in Efon as APC thugs attack convoy,” said the attack came after the former governor had successfully toured nine local government areas in the exercise which began on Monday.

“Shortly after the Efon Local Government members and supporters of the SDP had converged at the venue to wait for the arrival of the party’s governorship candidate, Asiwaju Oni, the thugs started to shoot guns and attacked the SDP supporters with sticks and cutlasses.

“Some supporters were badly injured and vehicles in the convoy were damaged by thugs before the arrival of a detachment of police which overpowered the thugs.”

The spokesperson for the state police command, Sunday Abutu, confirmed the incident, saying the “hoodlums went to the venue to disrupt the consultation process of the SDP candidate, Engr Oni”.

He said the police were able to ensure there was no breakdown of law and order, adding that an investigation into the incident had begun.