The sect alleged that the government was deliberately holding back their travel documents for no justifiable reason. 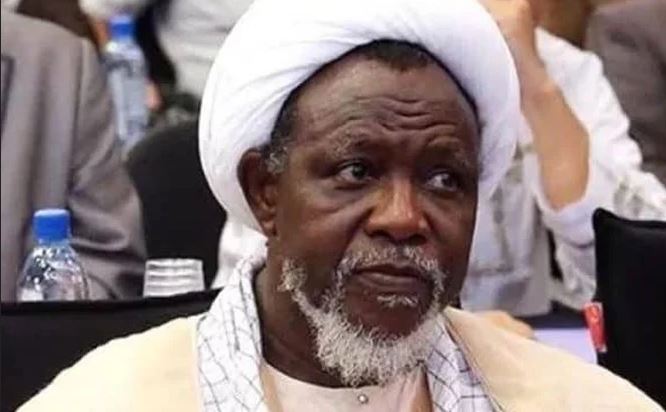 Members of the Islamic Movement in Nigeria ( IMN ) also known as “Shi’ites have raised alarm about the health of their leader, Ibraheem El-Zakzaky and his wife, Zeenah, stating that the Federal government should stop the abuse and release his passport.

The sect alleged that the government was deliberately holding back their travel documents for no justifiable reason.

The group took to a statement signed by Mukhtar Abdurrahman Auwal on behalf of the Academic Forum of the movement to lament what they described as an injustice to their principal.

The international passports of the cleric and that of his wife have been seized for almost nine ( 9 ) months after the court have discharged and acquitted them of eight counts charge bordering on alleged culpable homicide, unlawful assembly, disruption of the public peace, among others.

Some of the members who staged a peaceful protest in front of the National Human Rights Commission ( NHRC ) building in Abuja, urged the agency to prevail on the government and relevant security bodies to release their passport and allow the couple go for medical treatment abroad.

They told Nigerians and the international community to hold President Muhammadu Buhari responsible if anything untoward befalls the couple.

In the statement, the sect members insisted that they would not fold their hands while the rights of their leader is violated, vowing to return to the streets until their demands are met.

The statement read in part ” It is pertinent for the public to note that the freedom of Sheikh El-Zakzaky and his wife is still being denied. Isn’t it such flagrant abuse of their fundamental rights to life? General Buhari would definitely be held responsible for anything that befalls the couple; and certainly, we cannot afford to sit at home while the rights of our leader are being abused.

“After patiently waiting for 9 months, we have no option but to return to the streets of Abuja, to protest this unholy conspiracy.

“In view of the foregoing, we demand the unconditional release of the couple’s international”.

Recall that the Shi’ite movement which has been proscribed by the Nigerian government constituted public disturbance in the nation’s capital in the better part of 2019 and 2020.

Most of their protests were premised on the alleged unlawful detention of their leader, Ibraheem El-Zakzaky and his wife, Zeenah in the correctional facility of government for several months.