The person being considered is a former Deputy Speaker of the House of Representatives and former governor of Imo state. 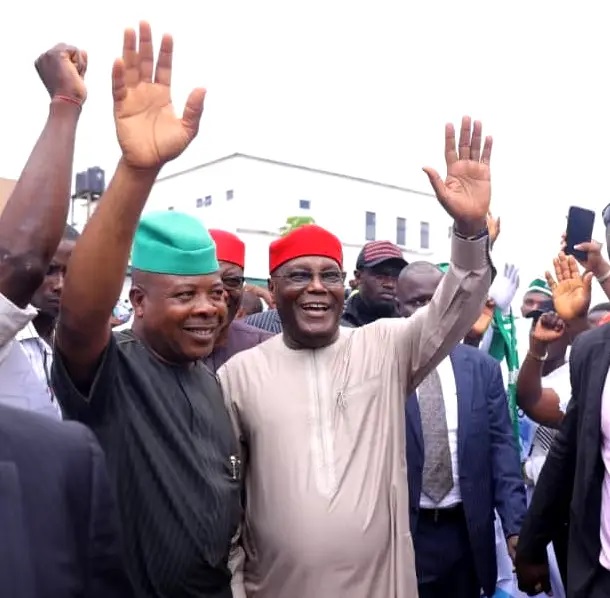 A former Imo state governor is reportedly being considered as Atiku Abubakar's running mate in the 2023 presidential election.
According to Vanguard, Emeka Ihedioha could be considered for the position.
A media aide to the former Imo state governor, AIC Akwarandu told Vanguard that Emeka Ihedioha’s name is among other names being considered by the former Vice President, Alhaji Atiku Abubakar.
He said, “Ihedioha is not Vice President. Atiku is yet to choose. However, his name is among those being tipped for it which he has been indifferent about.”
But a source in the People’s Democratic Party, PDP, revealed to vanguard that Ihedioha has been favoured among others to be Atiku’s running mate.
He said, “Ihedioha has a very good relationship with Atiku and Tambuwal but he mobilized for Tambuwal during the primary and we all saw what happened when Atiku needed help, Tambuwal came to his rescue.” As a party, we are looking at zoning the Vice Presidency slot to the southeast given the support of the region in time past to our party. And when I look at the track records of Ihedioha, he is the best fit for the role.”
Reports in the media had quoted the Governor of Rivers, Nyesome Wike, at a thanks giving service, shortly after the PDP convention, as saying “He stabbed us in the back.”
Wike had narrated how he supported Ihedioha’s ambition to be Governor of Imo state before he was removed after 7months in office.
Wike scored 237 votes losing to Atiku Abubakar who scored 371 votes at the just concluded National convention of the PDP, to become the flag bearer of the PDP for the successive second time after the was defeated by Muhammadu Buhari in the 2019 general election.
Ihedioha, a former Deputy Speaker of the House of Representatives and former governor of Imo state, was removed from office by a Supreme Court judgement which favoured Hope Uzodimma of the All progressive congress, APC, and has since then remained the leader of the PDP in Imo state.
Top Stories