In an Instagram post she made on Saturday, Nneka revealed that she agrees with Wizkid’s opinion that rap music is becoming boring and dead. 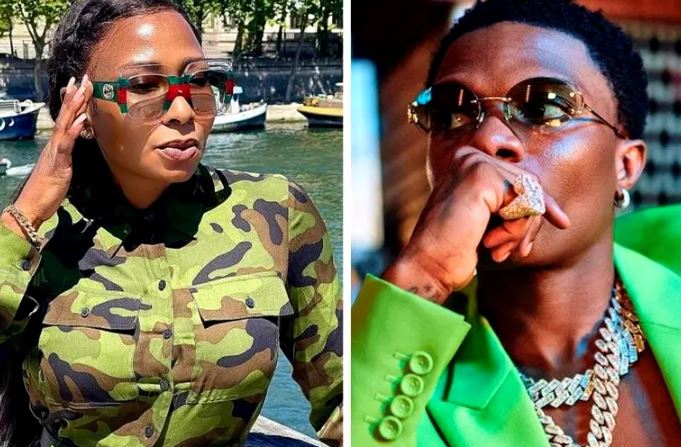 Nneka Adams, the Nollywood actress and producer, has sent out a message to Nigerian rappers.

She advised Nigerian rappers who are angry with Wizkid for giving them a piece of his mind to instead thank him for resurrecting their careers.

In an Instagram post she made on Saturday, Nneka revealed that she agrees with Wizkid’s opinion that rap music is becoming boring and dead.

She also advised the rappers beefing him to rather be thankful to Wizkid for telling them the truth.

“Wizkid didn’t lie when he said rap was becoming boring and dead! Why all the noise from Nigerian rappers? Abi is rap not really dead? These people should be appreciating Wizkid for telling them the truth; rap music is dead!” Nneka Adams posted.

StarBoy, as Wizkid is known, recently made a controversial statement in an interview with 10 Magazine Australia.

In the interview, Wizkid revealed that Afobeats was the new pop, as he doesn’t listen to rap music because many rappers have failed to adapt to change. This statement didn’t go down well with several Nigerian rappers, as many of them took to social media to diss him.

“Afrobeats is the new pop. I sold two million copies in America off of one song! Even some American artists don’t have a diamond record. If I’m being honest, I don’t listen to any other genre of music anymore,” He said.

Nneka Adams it will be recalled, recently applauded Nigerian musical talent, Tems for her Grammy awards nominations; a feat Nneka believes she didn’t earn by releasing sex tapes. Her post got a lot of people talking, as not a few assumed she was stylishly throwing shades at Tiwa Savage.