Lionel Messi-led Argentina thrashed Luka Modric’s Croatia 3-0 in the first semi-final of the FIFA World Cup 2022 at the Lusail Stadium on Tuesday. 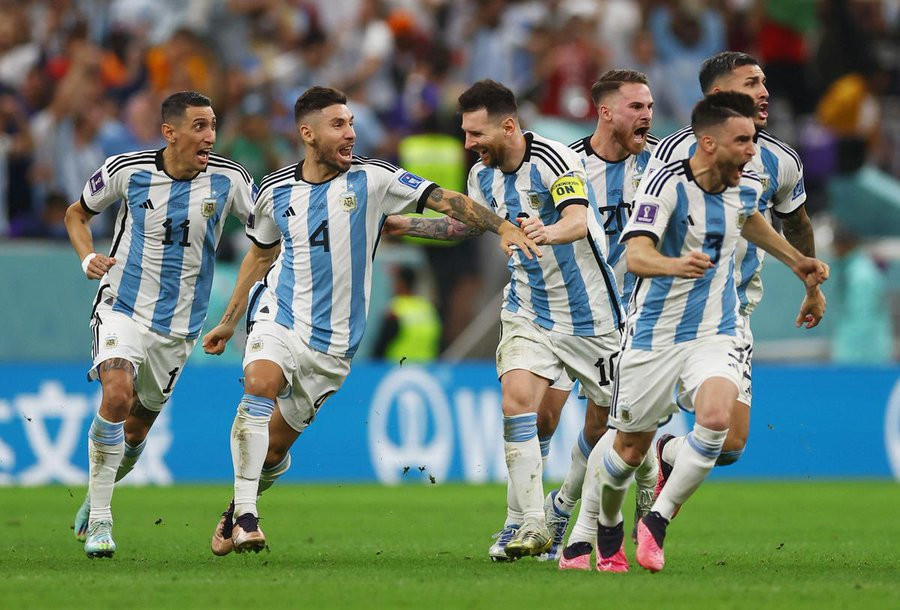 Popular skit maker Mr Macaroni has revealed the country that will win the Qatar 2022 World Cup.
According to him, Messi-led Argentina will win the 2022 FIFA World Cup.
He made this known via a tweet following the superb performance of the 35-year-old forward with his national team against the Croatians on Tuesday.
Lionel Messi-led Argentina thrashed Luka Modric’s Croatia 3-0 in the first semi-final of the FIFA World Cup 2022 at the Lusail Stadium on Tuesday.
Lionel Messi opened the scoring from the penalty spot before Julian Alvarez grabbed another in the first half.
Manchester City forward Alvarez then added the third after the half-time break, following a sensational solo run from Messi.
Argentina will meet either France or Morocco in the FIFA World Cup final 2022 on Sunday.
Reacting to Argentina’s victory, Mr Macaroni though an ardent fan of the Portuguese star player, Cristiano Ronaldo rejoiced with Messi for his exceptional displays on the pitch.
However, he begged Messi’s fans to resist the urge to troll CR7 while they celebrate their victory.
Mr Macaroni said: “Messi is going to win the World Cup. We have to rejoice with him.
“Messi FC, please no need to troll Ronaldo. Let’s all celebrate in peace.”
Top Stories