The deaths happened mainly in two villages in the eastern state of Bihar, where the sale and consumption of liquor are prohibited. 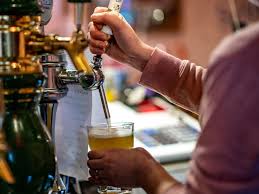 In what will come across as a really startling development, as many as 22 people have died in India.

The deaths happened mainly in two villages in the eastern state of Bihar, where the sale and consumption of liquor are prohibited.

Such bans are in force in several Indian states, driving a thriving black market for cheap alcohol made in unregulated backstreet distilleries that kill hundreds of people yearly.

In the latest incident, men in Saran district began vomiting on Tuesday before their condition deteriorated.

Three died on the way to the hospital and others died while being treated on Wednesday and Thursday, with local media reports putting the toll at 31.

“We have arrested over a dozen liquor traders and detained some others,” Kumar told AFP.

Of the estimated five billion litres of alcohol drunk every year in the country, around 40 percent is illegally produced, according to the International Spirits and Wine Association of India.

Illicit liquor is often spiked with methanol to increase its potency. If ingested, methanol can cause blindness, liver damage and death.

In July, 42 people died in the western state of Gujarat after drinking bootleg booze.

And last year, about 100 people died in northern Punjab in a similar incident.