Don't Make The Wrong Choice; Check Out What To Look For When Buying A Used Vehicle Today


There are certain things you need to take note of when setting out to buy yourself a used vehicle. These are some of those things. 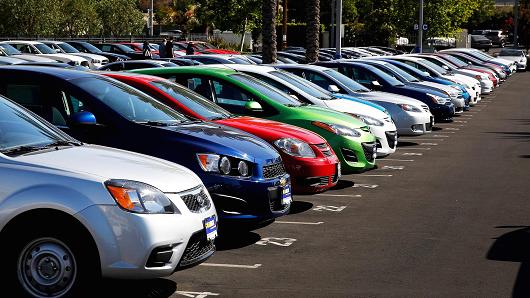 File photo: Cars up for sale
I’m presently in the US on a working holiday and many Nigerians who have come across me (and who recognise “your iconic face in SUNDAY PUNCH motor column”, as a gentleman jokingly put it to me at a mutual friend’s place in Atlanta), have asked what they need to look for before buying a fairly used vehicle. Aside from my private enlightenment to them, I have decided to republish the column below first published in 2014.
Somebody, who, ordinarily, should know what he was talking about (a senior Vehicle Inspection Officer-VIO), once told me that 80 per cent of the vehicles on our roads are imported, commonly called “Tokunbo.”
And recent frustrating encounters by friends and acquaintances who have ended up with lemons (that’s the slang that’s used in the US to describe bad car purchases), have compelled this particular topic in the spirit of public service that birthed and guides this column.
The following are the very important things that must be rigorously (nay, religiously) observed when you, presumably an average person without any form of technical automotive knowledge, is buying a tokunbo car in the absence of an auto technician who’s to help you ascertain if the vehicle is good or not.
One, don’t let the aesthetic (that’s the shimmering or s*xy look) of the vehicle fool you.
Two, before I go any further to list and expatiate this second point, it’s important at this juncture to emphasise that from this point on, you have to be very observant: Immediately you turn the key on (just simply by turning the key one stroke, no cranking sound yet and the engine isn’t working yet), make sure that all the images on the dashboard are lighted up. Why? Some smart alec car sellers sometimes remove or tape over the bulbs, inside the dashboard, of the warning signs.
Three, as soon as the engine is cranked, within a few seconds (it must not be up to a minute), the entire dashboard sings’ lights must go off.
Four, this is a tricky one: if you notice the check light going off simultaneously with the alternator light (depicted with the image of a battery on the dashboard) and/or the oil pressure light (which is depicted with an Arabian jug-like image with a narrow mouth for pouring), then something is wrong.
Five, once the engine has been cranked and is running at idle, the person/s seated in the vehicle must not feel any discernible vibration. If you feel any form of vibration, it’s either bad engine mount/s, or bad transmission mount or the engine is misfiring.
Six, if the vehicle has an automatic transmission system, simply engage the gear with your foot firmly on the brake pedal, you must not feel any sudden shudder or jerking. It should be a smooth engagement with the vehicle simply trying to move in the direction (“D” forward and “R” backward) of the gear engaged.
Seven, if all the above observations have been satisfactorily met, while the vehicle’s still running smoothly in idle, put on the AC (air conditioner). The needle on (or counter of) the RPM gauge must still remain at the same position, allowing for maximum of 50 over or below (not up to a movement between two stroke marks of the RPM gauge). This is a good load test on the engine.
***
Source: Sunday Punch
Top Stories